The BMW PGA Championship is the flagship event for the European Tour and we believe reigning champion Tyrrell Hatton has a great chance to defend his title. 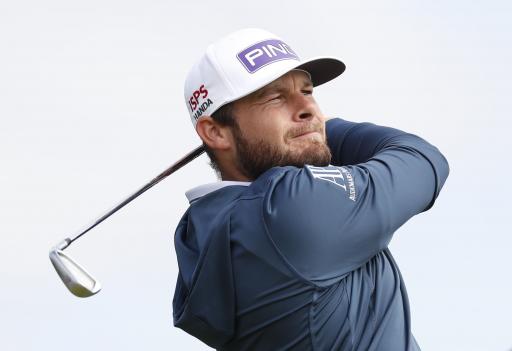 The BMW PGA Championship is the event that every player wants to win on the European Tour at the iconic venue of Wentworth.

Legends of the game such as Seve Ballesteros, Sir Nick Faldo and Colin Montgomerie all won this tournament on multiple occasions, so it is all about joining this prestigious winner's board.

The famous course at Virginia Water in Surrey has seen many iconic moments down the years and Tyrrell Hatton etched his name into the history of the tournament last year.

He completed a four-shot victory over Frenchman Victor Perez and we believe he has a fantastic chance to win back-to-back titles in 2021.

Tyrrell Hatton had a consistent PGA Tour season, finishing in the top 25 nine times in his last 19 appearances, including a second-place finish at the Palmetto Championship.

He may have dropped out of the FedEx Cup Playoffs at the Northern Trust, but qualifying for this stage of the post-season is very impressive and he brings over good form from the States.

The BMW PGA Championship suits Hatton down to the ground and Englishmen have a very good record in the event. In the last 12 years, there have been seven English winners of the event.

Henrik Stenson is beginning to rediscover some of his best golf in the lead-up to the Ryder Cup and I think he will keep going from strength to strength at Wentworth.

The 11-time European Tour winner finished 15th at the Italian Open to follow up back-to-back top-five finishes before that. The Swede will be continuing his charge to be in European Ryder Cup captain Padraig Harrington's thoughts.

RELATED: THE BEST G/FORE JACKETS FOR ON AND OFF THE COURSE!

Min Woo Lee has emerged as one of the most impressive players on the European Tour and he showed this when winning a playoff to secure the Scottish Open title earlier in the season.

That was the second victory of his career and with top-20 finishes at the Irish Open and the Italian Open, he has proven to play well at big events. I believe 75/1 is far too big for Lee.