The Alfred Dunhill Links Championship is a unique championship that includes three different courses and a team event as well. 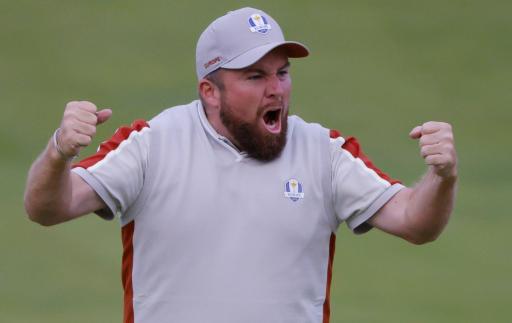 The Alfred Dunhill Links Championship is a great event that comes at the start of the European Tour season. It attracts the top players and top amateurs to compete on three different Scottish courses.

Play is completed over three courses in rotation over the first three days: the Old Course at St Andrews, Carnoustie and Kingsbarns Golf Links. The fourth and final round is played back at the Old Course.

Unfortunately, the tournament was not played in 2020 as a result of the Covid-19 pandemic, so Victor Perez has had to wait until now to defend his crown.

Tommy Fleetwood is returning to the tournament this year as the defending champion of the Pro-Am. He and Ogden Phipps won it last season and it often features a number of well-known celebrities.

RELATED: THE BEST FOOTJOY MID-LAYER CLOTHES FOR THE AUTUMN WEATHER!

Take a look at who we think could win the Alfred Dunhill Links Championship.

Shane Lowry is fresh from his Ryder Cup debut at Whistling Straits and although it was a record defeat for Team Europe, Lowry and Tyrrell Hatton won a point against Tony Finau and Harris English in the Saturday fourballs.

Lowry is a winner of the Irish Open and the Open Championship, so he excels at links venues. There will be many fans rooting for him in Scotland and I think it could be another memorable week for the Irishman.

Johannes Veerman is often tipped on our betting pieces and this is because he is always overpriced. He won his first European Tour event at the D+D Real Czech Masters at the end of the 2021 season.

He also finished third at the Irish Open and tied eighth at the Scottish Open, so the American is capable of playing well in British domestic events.

Laurie Canter has been unfortunate not to pick up a win on the European Tour. He agonisingly came second at the BMW PGA Championship behind Billy Horschel at Wentworth.

The big-hitting Englishman also finished tied eighth at the Made in HimmerLand and tied fourth at the Omega Dubai Desert Classic, so a win could only be around the corner.