We are in the very early stages of the 2021/2022 PGA Tour season and we are back in Jackson, Mississippi for the Sanderson Farms Championship. 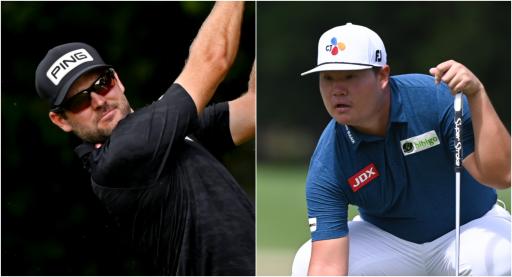 The Sanderson Farms Championship was won by European Ryder Cup hero Sergio Garcia in 2020 and he is back this week in search of his 12th win on the PGA Tour.

The tournament moved to the Country Club of Jackson in Mississippi in the 2015 season and since then, there have been six different winners of the event.

Many of the world's top players have chosen to miss this event to rest and prepare for the 2022 season. Garcia will be the only player who played at the Ryder Cup to compete this week.

Sam Burns, who picked up his first PGA Tour victory at the Valspar Championship earlier this year, is the current betting favourite at 16/1.

RELATED: THE BEST FOOTJOY MID-LAYER CLOTHES FOR THE AUTUMN WEATHER!

The markets are very open for the Sanderson Farms Championship and we think we have picked out three solid bet selections, including a big 80/1 each-way choice.

Corey Conners was extremely impressive in 2021, making eight top-10's in a busy schedule in which he played 29 times. He also finished third at the Arnold Palmer Invitational.

Apart from missing the cut at the US Open, he finished in the top-20 in all the other majors and he finished seventh at the Players Championship.

The Canadian had a solid season and in a weaker field this week, he could be one of the major players.

RELATED: AFTER HUMBLING DEFEAT, IS LEE WESTWOOD SET TO BECOME THE NEXT RYDER CUP CAPTAIN?

Sungjae Im broke the record for the number of birdies made in one season, reaching the mark of 498 at the end of the Tour Championship in 2021.

As well as his birdie record, Im challenged many times to win his second PGA Tour title. He finished third at the BMW Championship and tied second at The Masters back in November 2020.

The South Korean is ranked at 29 in the world and he also lost in a playoff to Sebastian Munoz in the 2019 Sanderson Farms Championship.

He may have dropped to number 69 in the world rankings, but 80/1 for a former winner of the tournament is a great price.