Eddie Pepperell has struggled to find form on the European Tour this season, but his new practice drill could help him stop the rot. 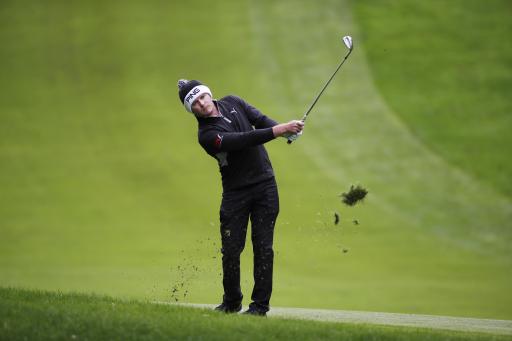 Eddie Pepperell is never shy to share his thoughts with golf fans across Europe and he has shown us a new drill that will hopefully help him return to form.

The European Tour caught up with Pepperell and fellow European Tour player Laurie Canter at the Tenerife Open to discuss the step drill and how it can improve your swing and ball striking.

Canter had been advised by his coach, Alan Thompson, to try the step drill in order to use his body more effectively and swing the club in a more natural fashion.

The step drill is one that many golfers won't have seen. When you begin your backswing, you take a step to the right with your right foot and then a step to the left with your left foot, before bringing the club back down towards the ball.

"Eddie Pepperell or Cam Smith with that mullet," one fan said.

"You've got to love Eddie," one fan commented.

"Hogan does this during his practice swing in the Shell Match against Snead," another fan said.

"Eddie and Cameron are Brothers?!" another fan commented.

Pepperell said in the video that he had been struggling with his ball-striking and sequencing, which is why he is trying the step drill.

The World No.199 is one of the most popular and entertaining players on the European Tour, so it would be great if Pepperell could return to form this season.

The two-time European Tour winner has not finished in the top 10 since his sixth-place finish at the BMW PGA Championship in October. He will tee it up on Thursday at the Tenerife Open at Golf Costa Adeje.

NEXT PAGE: RICKIE FOWLER WILL COMPETE AT PGA CHAMPIONSHIP AFTER RECEIVING SPECIAL INVITE