For the 2022 season, the European Tour will become the DP World Tour which will provide more than $200 million in prize money. 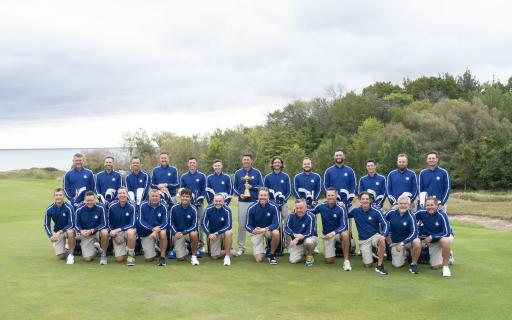 The golf world was rocked yesterday by the momentous news that the European Tour will become known as the DP World Tour from the start of the 2022 season.

It is a new era for golf that intends to grow the game globally and positively impact international communities using the game.

The DP World Tour will see prize money rise to $200 million for the first time and for each event, there will be a minimum purse of $2 million.

There will be a minimum of 47 events in 27 different countries and these will include new tournaments in the UAE, Japan, South Africa and Belgium.

There will also be three co-sanctioned events with the PGA Tour as a result of the Strategic Alliance that was formed between the European Tour and the PGA Tour.

DP World's association with the European Tour spans more than 10 years. In 2012, it became the title partner of the DP World Tour Championship.

Currently in golf, a lot of wholesale changes are being made. This news arrives off the back of Greg Norman being announced as the commissioner of a new Saudi-backed golf series.

This is in association with the Private Investment Fund which represents the Saudi Arabian government and it is the same organisation that is associated with the takeover of Newcastle Football Club.

These two ventures have been frowned upon by sports fans and some golf fans have also expressed their reservations about the introduction of the DP World Tour.

However, some golf fans have defended the new developments and expressed their excitement at the expansion of what will formerly be the European Tour.

Here are some of the responses from golf fans off the back of the news:

I really don’t like the idea of robbing the Euro tour of its identity and heritage, and giving even more sway to Dubai people already see us as a secondary rate tour, but they could have done all of the above but let us keep the name. It should be the Euro-World tour

Nice to see the European tours ethics have been dropped for good. This an abysmal move.

The increase in prize fund should at least help us keep some of our star Europeans on this tour rather than sodding off to the US at the first opportunity.

Momentous news and an extraordinary achievement from everyone at the @EuropeanTour to have the vision to partner with @DPWorldUAE. This really is a world tour and provides elite players with amazing opportunities to showcase their talent. Well done to everyone involved

I can only imagine this is what parents feel like when their child leaves home. A sad but also proud moment. Love the Euro Tour but a rebrand is required! Let's hope this prevents the Premier league of golf

NEXT PAGE: WOULD YOU MISS YOUR CHILD'S BIRTHDAY FOR THIS AMAZING GOLF EXPERIENCE?