Lee Westwood appears the red-hot favourite to take the reigns of the European Ryder Cup side in 2023. 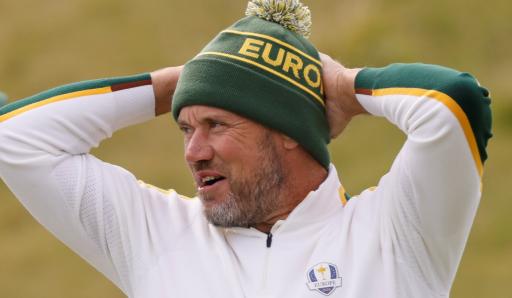 Lee Westwood has revealed he will be selecting four captain's picks instead of three should he become 2023 European Ryder Cup captain in Rome.

But Westwood, who moved level with Sir Nick Faldo for most appearances (11) on either side at a Ryder Cup when going 1-2-0 at Whistling Straits, wants to go four-four-four at the very least should he be handed the reigns for the biennial clash in two years time.

"Four, four, four my first thought would be - four off the Euro list, four off world list and four picks," said Westwood, who is a red-hot favourite to be given the captaincy in Rome.

"Different captains have different ideas and that's the nice thing about playing under 11 different ones."

Westwood won his singles match against Harris English but lost his other two matches alongside Matt Fitzpatrick.

While Team USA were always likely to have a strong team no matter their qualifying structure, Stricker favoured six picks giving him the luxury of selecting players who were in the best possible form just days before the event.

With how things ended up at the BMW PGA Championship on the European Tour, it gave Harrington something of a headache in having to leave out the likes of Ryder Cup hero Justin Rose.

But Westwood will unlikely resort to six picks as he wants there to at least be some form of fight for automatic selections on both the European Tour and PGA Tour.

"There's got to be some sort of qualifying because you want your players to play under pressure," said Westwood.

"If you can play under pressure and qualify for the team you can come out here and represent the team when you get under the heat."

In the aftermath of Europe's defeat, it emerged Harrington and his stats team had made a mess of which specific Titleist golf balls some of his players were using ahead of the Friday Foursomes.

Despite being a clear favourite for the 2023 captaincy, Westwood has left the door ajar for now.

"I assume I'll get three or four months to think about it but people keep coming up and saying: ‘Are you going to be the captain in Rome?’"

Other players in the mix for the 2023 European Ryder Cup captaincy include Ian Poulter and Miguel Angel Jimenez.

The 2023 Ryder Cup will take place at Marco Simone Golf and Country Club in Guidonia Montecelio near Rome from September 30 to October 2.

NEXT PAGE: PADRAIG HARRINGTON HITS BACK AT THE JOURNALIST WHO WROTE ABOUT GOLF BALL ISSUES AT THE RYDER CUP