Justin Rose and Thomas Pieters were paired together in the final round of the BMW PGA Championship, and they both nearly holed out from the middle of the 18th fairway. 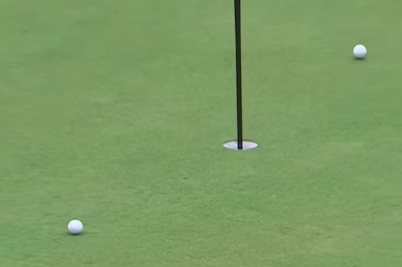 Justin Rose and Thomas Pieters almost provided European Tour fans with something that has never been done before at Wentworth.

Rose finished in a tie for 6th place at the BMW PGA Championship, but it could have been one shot better when his approach to the 18th hole sailed towards the green.

His ball landed and rolled an inch below the hole, so the Englishman had to settle for an eagle which helped him to finish just three shots behind the winner Billy Horschel.

Rose's ball rolled right next to his playing partner Pieter's ball on the green, as the Belgian had almost made an albatross of his own before Rose stepped up.

The 2016 European Ryder Cup player hit a towering shot that also came very close to falling in the hole, but both players settled for an eagle.

You would have to go back a hell of a long time to find a pair of players to have made an albatross on the same hole in the same group.

It was agony in more ways than one for the former US Open champion Rose, as he couldn't win the tournament and he also didn't earn a selection in Padraig Harrington's side for the Ryder Cup at Whistling Straits.

After Lee Westwood, Tyrrell Hatton, Matt Fitzpatrick and Bernd Wiesberger qualified on merit after the event at Wentworth finished, Rose was relying on a captain's pick.

However, Harrington went with two other stalwarts in Ian Poulter and Sergio Garcia, and 2019 Open Championship winner Shane Lowry.

Rose finished tied 10th in the Wyndham Championship, which was his last appearance on the PGA Tour. This result cost him a place in the FedEx Cup Playoffs, which were won by Patrick Cantlay.

NEXT PAGE: THE BEST PETER MILLAR GOLF SHOES YOU CAN BUY BEFORE THE RYDER CUP!