The American Ryder Cup team arrived at Whistling Straits to begin their preparation for the matches which begin on September 24. 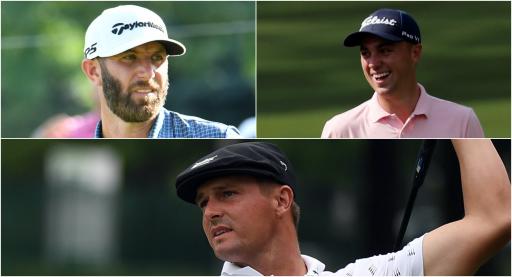 With 11 days until the much-anticipated 2021 Ryder Cup is set to get underway, the American Team have arrived at Whistling Straits to begin some early preparation.

Members of the US side were filmed entering the course grounds, which is due to act as a spectacular host for the event which was delayed a year due to the Covid-19 pandemic.

US captain Steve Stricker has his 12 players wrapped up and ready to go, barring a potential withdrawal from Brooks Koepka through injury.

It is not clear when Koepka will declare himself fully fit for the Ryder Cup, but Stricker adopted a "we'll cross that bridge when we come to it" approach to the situation when he was asked by the media.

Spotted at the Straits today pic.twitter.com/5FKdEnjUY1

Berger, English, Schauffele and Scheffler will be making their Ryder Cup debuts for America, while the key omissions from the side were Patrick Reed and Webb Simpson.

Stricker commented on how difficult it was to leave out a player so passionate about the event as Reed, but his fitness may have been an issue heading to Wisconsin.

The 2018 Masters champion recently overcame a bout with double pneumonia to play in the Tour Championship, but he had missed the two previous FedExCup Playoff events.