Lucas Herbert reveals he nearly walked away from the European Tour

Beef leaps to Herbert's defence on social media after claiming he has fallen out of love with the game of golf... 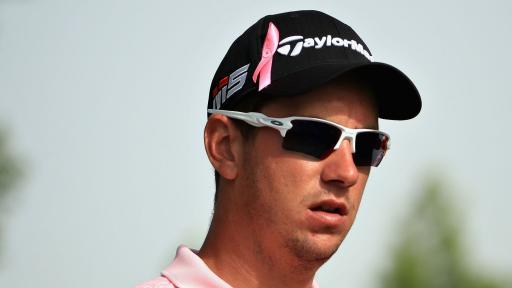 Lucas Herbert might be one of Australia's hottest young talents, but he has revealed in an astonishing inteview with the PGA Golf Club podcast how he has fallen out of love with the game.

Herbert, 23, has been criticised by one fellow golf pro on social media for claiming life on the European Tour is not what it is cracked up to be, despite still going on to earn his European Tour card for 2020 thanks to a strong showing at the recent Open de France when finishing tied 14th.

"Halfway through the year, when I came home from the Irish and Scottish Opens, I didn't even know if I wanted to play any more because I just didn't enjoy the game," Herbert said on the PGA Golf Club podcast.

"I just was not in a place where I wanted to make them. I was like 'if I lose my Tour card this year, I'll happily go home and get a job as a chippy or a capenter or something like that."

Fellow Australian pro Bryden Macpherson could not believe what Herbert had to say about his European Tour status, something he can only dream about right now.

Macpherson and Herbert have been firing back and forth comments all afternoon, and even Andrew 'Beef' Johnston - who has spoken openly to Soccer AM presenter Tubes about how anxiety has "torn" his golf apart - has chimed in with his views on the matter.

Check out their series of tweets below...

I do it by reminding myself every day of all the people who would give anything to be doing what I’m doing. That is a terrific motivator and gratifier.

And if you’re looking for somber support for the tough life that is full status on the @EuropeanTour, you won’t find it here or with any of our peers, because there’s a long line of people who want it, ready to take it if it’s not all you thought it would be.

Yep that’s me, selfishly motivating myself through life at others’ expense with zero gratitude or perspective. You got me #burn

That’s not true man. The response Lucas has had and me and others has been amazing from peers. It’s completely normal. No life or job is straight forward. Everyone is different to and how they react is fine. So it’s not true at all. https://t.co/SgCan5ciMz

Some might say it's a dream job. Herbert would disagree in the sense he doesn't get to spend quality time with his loved ones.

"I flip that and say you guys have my dream job because you get to go home every night and see your family and kids and wife, and sleep in your own bed at night," said Herbert.

"Once you leave work, you never have to take work home with you. You get up the next morning and work again.

"It's pretty fixed as to what you get paid every year. You're not worried about where your next pay cheque is coming from."

Herbert famously slept in a car park at Carnarvon Golf Club before going on to qualify for the 2016 Australian Open in Sydney.

The Australian has picked up just three top-10 finishes on the European Tour this season, and his best finishes on Tour include a tie for second the Portugal Masters and a tie for third in the British Masters last year.

NOW WATCH: BEEF TALKS ABOUT HOW ANXIETY HAS RUINED HIS GOLF

Previous
Tokyo 2020 Olympics the No.1 priority for Justin Rose
Next
Patrick Reed says Team USA has moved on from 2018 Ryder Cup problems