The World No.9 said "it wouldn't have been right" not to play in the BMW PGA Championship this week. 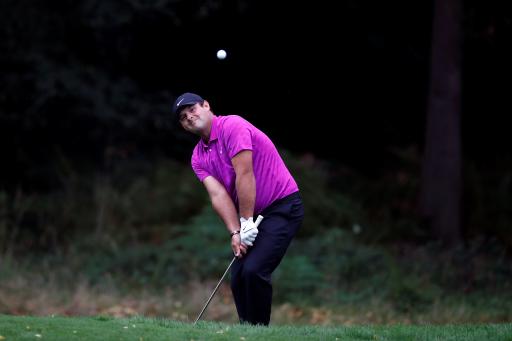 Patrick Reed said "it wouldn't have been right" not to play in the European Tour's flagship event this week at the BMW PGA Championship, no matter his position in the Race to Dubai.

The World No.9 received high praise from golf fans for making the effort to play at Wentworth this week in one of the European Tour's biggest events of the year, with many high-profile players opting not to make the journey.

Reed started his opening round on Thursday well and looked as though he would finish the day one or two shots within the lead, but a costly error at the final hole lead to a double-bogey 6, when after finding the middle of the fairway from the tee, the American left his approach short, finding the water.

"I'm obviously not happy because of the way I finished," Reed told Sky Sports. "There are some things that we've been tweaking in the golf swing and I felt like it definitely paid off.

"I felt like I made a lot of quality golf shots, especially with the mid-to-long irons and I never thought my wedges would've let me down. I had two wedge shots that cost me today and a six-iron that wasn't hit the greatest.

"I feel like the game is a lot better than two under par right now. Even after I bogeyed that par-three, if I par the last then I shoot four under and that's a lot closer to what my score should've been."

The BMW PGA Championship attracts thousands of golf fans every year and it features some of the biggest stars in the world. Due to the coronavirus pandemic, certain high-profile players decided not to travel back from the US to play in the event, but that was never an option for Reed, who currently leads the Race to Dubai.

"It wouldn't have been right to not come and play, no matter where I was on the Race to Dubai," Reed added. "I'm a guy that wants to kind of set a trend and hopefully inspire younger guys to come over and play, not just take the easy route and stay home on the PGA Tour in America.

"Go around the world, travel the world, play and enjoy. So, for me, I felt like that was a big part of it, coming over and supporting this Tour as much as I can, considering I really enjoy coming over here and playing."

Reed tees off for his second round at Wentworth on Friday at 12:25, so make sure you catch all the action live on Sky Sports Golf from 11:30.