Paul Casey on DP World Tour: "It should have been a World Tour 20 years ago"

Paul Casey has pledged his full support for the DP World Tour and commented on how the cash injection can benefit everyone involved. 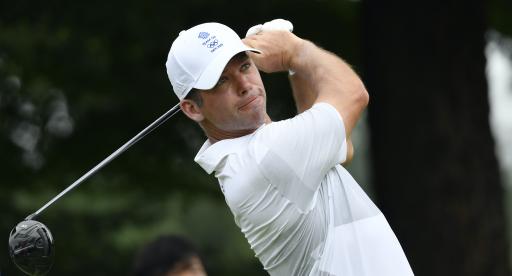 European Tour veteran Paul Casey is excited by the new DP World Tour and said it should have first happened 20 years ago.

The DP World Tour is set to be the new identity of the European Tour from the start of the 2022 season and Casey believes that the financial investment will benefit not just the players, but everyone that contributes to the organisation of the tour.

As part of the new programme, there is set to be 47 events in 27 different countries and there are to be three events co-sanctioned with the PGA Tour.

The total prize money throughout the season is set to bypass the figure of $200 million for the first time and every event will have a purse of at least $2 million.

Casey has 15 European Tour wins to his name and ahead of the AVIV Dubai Championship this week, he expressed only positive thoughts on the DP World Tour.

"It is exciting stuff. I was disappointed it wasn't called a world tour about 20 years ago! I always thought we should be the world tour, we play pretty much everywhere," said Casey.

"It's about time so I congratulate DP World and the European Tour on this announcement. It benefits the players but it benefits everybody that is out here on Tour.

"It's not just the players making money that trickles down into caddies and support staff and media and everybody - the whole family benefits from this so fantastic news.

"There's a positive trajectory in the environment that we're currently in. Imagine if travel becomes easier and sporting events without restrictions become the norm again, the trajectory could be even steeper than we've currently got."

The Englishman will be looking for his second win on the European Tour of 2021 at Jumeirah Golf Estates this week. He won the Omega Dubai Desert Classic back in January.

Although the DP World Tour has received a mixed response from golf fans, many other players shared the views of Casey, as you can see below:

Thrilled to see this announcement with @DP_World - exciting times ahead! #DPWorldTour https://t.co/gNAepWzaYO

Exciting times for our sport after today’s announcement in Dubai. Massive thanks to @DP_World for your support of our Tour and of the game of golf. We have always played a truly global schedule so the #DPWorldTour has a very nice ring to it!!! https://t.co/viRD3XzSb2

A great day for the DPWorldTour. Well done to all involved. #DPWorldTour @EuropeanTour @DPWorld https://t.co/nOPL6GIydw

Brilliant news for @EuropeanTour
Announcing @DPWorldUAE as a title sponsor for the Tour will be huge for the future.
Wish I was 25 again!