Casey lands dominant four-stroke victory in Dubai to move back inside the world's top 20... 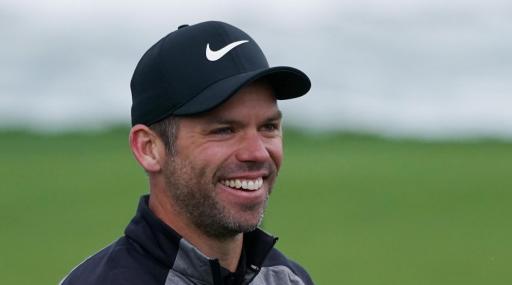 Casey, 43, carded a final-round 2-under 70 to finish 17-under par and four strokes clear of South Africa's Brandon Stone. Scotland's Robert MacIntyre, who started the day one back of Casey, slumped to a disappointing 74 to finish solo third on 12-under par.

"It's very, very special," said an emotional Casey, who rounds up a 350th European Tour win for English golfers.

"It's an unbelievable roster (of winners). That's so cool, I've worked so hard. I feel like I've regained my youth, I mean that sincerely."

Casey will now move back inside the world's top 20 on Monday, and he will also give himself a huge chance of now going on to make a fifth European Ryder Cup appearance this September at Whistling Straits.

"I have the biggest respect for that guy," he said. "He is my mate more than he is my caddie."