Robert MacIntyre: Paddy called me before Ryder Cup - now I want to play in Rome

"Come the start of next season, there's going to be goals set, and I'm 100 per cent sure that Rome is going to be top of the list for a two-year goal." 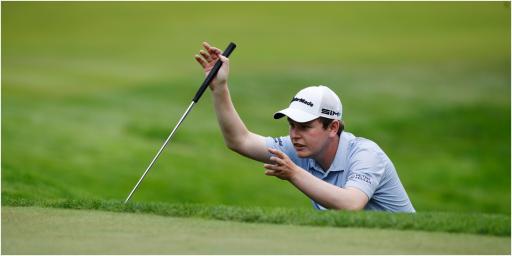 Robert MacIntyre has admitted he got a "courtesy call" from Padraig Harrington ahead of his Ryder Cup omission and after watching the coverage he is desperate to be in the side when Europe attempt to get their revenge over the United States.

Speaking to the media ahead of the Alfred Dunhill Links Championship, the 25-year-old Scot lifted the lid on what he thought watching the United States canter to victory and what he wants to achieve going forward.

When asked about whether or not he got a call from Harrington in the lead up to the tournament, he said: "Yeah, I did. I got it just before he went to announce the team just out of respect, and I kind of knew it was coming, so it wasn't a surprise. No, dissapointed obviously, but we go again."

MacIntyre said he watched the Ryder Cup but not all night as he doesn't spend a lot of time watching golf.

He added: "Yeah, I watched it but I didn't actually sit down and watch it all night. I don't watch a lot of golf, I'm being honest with you, but look, a great golf course and two great teams going at it, and Americans were just -- they got the breaks when they needed them. They just holed the right putts, and that's match play.

"I mean, it's a big momentum game. When you see some of the guys missing, they have got about a 10-foot for birdie to go, say, 3-up and they miss, it and the next hole they lose, and now they are 1-up and it's just a battle. It's just momentum in match play, and it's harder against the best players in the world."

There were some moments with some United States fans shouting unpleasant things towards the Europeans that at times went over the line, according to some members of the side.

He’s back firing in Scotland. This was Robert MacIntyre up at Gleneagles today as he prepares for his appearance at the British Masters next week!

RELATED: WAS SHANE LOWRY RIGHT TO MOAN ABOUT US FANS?

Asked about the fans, MacIntyre said: "I think you were hearing it more because there wasn't European fans there. It was just -- I mean, it's like any sport, football, when you're at home, they are going to shout for you. So it doesn't -- at the end of the day, it's only you that can control what you do with the golf ball. You're in charge of when you hit the shot.

"So I mean, that's what golfers try and do, we try and blank out the noise and we do that to the best of our ability."

Now MacIntyre is focussed on setting goals to make sure he can be in the side in Italy.

NEXT PAGE: BILLY HORSHEL ON THE THING THAT 'TICKS ME OFF'