PGA Tour player Billy Horschel has slammed the idea that America does not care about the Ryder Cup after their crushing win over Team Europe. 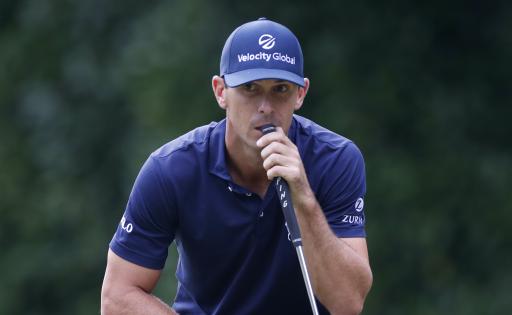 PGA Tour player Billy Horschel said that claims of American players not caring about the Ryder Cup "couldn't be further from the truth," following their 19-9 win over Team Europe.

Horschel was unfortunate not to receive a captain's pick from Steve Stricker, following his impressive win at the BMW PGA Championship at his beloved Wentworth.

The US side were completely dominant, not losing a session in the pairs format and they only lost three matches in the Sunday singles. The 10-point margin is a record victory in the modern era of the Ryder Cup.

America's recent form in the tournament has been woeful and they have still only won four of the last 13 events. However, their passion and determination shone through at Whistling Straits and Horschel believes the US side dispelled a myth in the process.

RELATED: SHOULD STEVE STRICKER BE RETAINED AS THE RYDER CUP CAPTAIN AFTER ONE-SIDED WIN?

"It was great to see the Americans win. I didn't want to see another year where we get questioned again about why haven't we won and players don't care," said Horschel ahead of the Alfred Dunhill Links Championship.

"I mean everybody who has played for the last two decades that I've come across cared tremendously about it. So it was nice to see the success they had last week."

Horschel finished 17th in the US Ryder Cup points list and his wait goes on for his debut appearance. The 34-year-old had a great season on the PGA Tour in 2021, winning the Dell Technologies Match Play and making five other top-10 finishes.

His focus has now turned to the finale of the European Tour and the Race to Dubai, in which he is in a great position with just fellow American Collin Morikawa above him in the rankings.

As the season counts down to the DP World Tour Championship, Horschel has his eyes set on the top prize after his win at Wentworth.

"There are two goals that I have now for the rest of this year, and one of them is to win the Race to Dubai and that's the big one for me," added Horschel.

NEXT PAGE: BEST GOLF TIPS: THE BASKET DRILL WILL MAKE YOU HIT LONG AND STRAIGHT DRIVES

Ryder Cup
Billy Horschel
Team Europe
Team USA
Race to Dubai
Previous
Should Steve Stricker be RETAINED as the Ryder Cup captain after one-sided win?
Next
Was Shane Lowry OUT OF ORDER for his Ryder Cup comments on drunk US fans?