Rory McIlroy has reverted back to long-time coach Michael Bannon as he looks to win his third DP World Tour Championship. 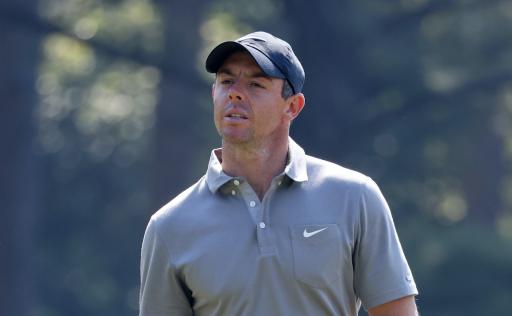 Rory McIlroy described 2021 as a 'year of exploration' as he brings the curtain down on his season at the DP World Tour Championship in Dubai.

Although McIlroy secured his 20th PGA Tour title at the CJ Cup last month and won his third Wells Fargo Championship earlier this year, his season was still filled with inconsistencies.

He fell outside of the world's top 10 players and he missed the cut at The Masters and the Players Championship.

He hopes to iron out his issues by rejoining forces with Michael Bannon, who had coached McIlroy from the age of eight. He switched tutors to Peter Cowen in March after Northern Ireland-based Bannon couldn't travel to America during the pandemic.

RELATED: HOW TO WATCH THE DP WORLD TOUR CHAMPIONSHIP: TV GUIDE AND ROUND 1 TEE TIMES

He made seven top-10 finishes in 21 PGA Tour events in 2021, but it just seemed throughout the year that McIlroy was always chasing and trying to silence his doubters.

"I feel like it's been a year of exploration, learning. There's been some good parts, obviously the couple of wins in the States were nice. I was also tied for the lead with nine holes to go at a major championship, at the US Open," said McIlroy.

"There's been some good stuff in there. I've worked hard. I've learned a few things. And I feel like I've gone through that barrier, struggle, if you will, and then I came through the other side of it.

"It has been an interesting year. I don't regret any of it. I think it's been a good year. Happy to be here. Happy to feel like my game is in good shape. I feel like I'm playing well. I got some confidence from the win in Vegas and am trying to finish the year on a high."

RELATED: "I CAN'T BELIEVE IT'S BEEN 25 YEARS": TIGER WOODS REFLECTS ON TGR FOUNDATION

In September, it was 12 months since the four-time major winner became a father too and it was great to see his wife Erica and baby Poppy celebrate with him when he won at Quail Hollow in May.

He is back in Dubai for the final ever tournament of the European Tour before it is rebranded, and he has fond memories of playing golf in the Middle East.

He has won the Race to Dubai three times and he also has the chance to win his third DP World Tour Championship. He is currently 20th on the season-long points list.