Ryder Cup 2021: How did European hopefuls fare in R1 at Wentworth?

Padraig Harrington has already indicated what his intentions are, but there are still multiple possibilities at play. 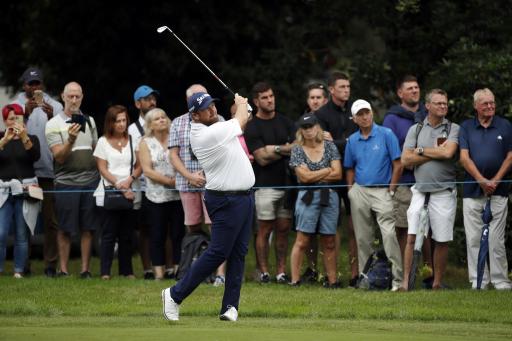 The race to secure automatic qualification for Padraig Harrington's European side reaches its dramatic conclusion this weekend.

Following a year-long battle to secure precious points to become one of nine automatic qualifiers, it all comes down to this.

Harrington will name his captain's picks after the conclusion of the BMW PGA Championship at Wentworth Club.

He has said Ian Poulter and Sergio Garcia are in pole position to receive two picks, but multiple possibilities are still at play.

Day one threw up some surprises to say the least, with Poulter cutting a frustrated figure with a level par round.

Justin Rose, who many consider the firm favourite to receive the third pick, did not drop a shot as he fired his way to an opening round of 5-under 67.

It's highly unlikely Harrington will use a captain's pick to select Francesco Molinari to get the Molliwood act back together again, but the Italian has no doubt got Tommy Fleetwood excited by carding an opening 69.

Fleetwood himself, already secure of a place in the team, shot a round of 71.

Bernd Wiesberger arguably has the best chance to qualify automatically.

He shot 1-under par on day one, as did Italian Guido Migliozzi, who needs a second place finish this week.

It would see Migliozzi leapfrog Lowry in the rankings, but he also needs other players' finishes to go his way.

Elsewhere, Victor Perez needs a podium finish to force his way into the side.

Scotland's Robert MacIntyre needs a second place or better finish which would see him qualify via the World Points List.

He started solid enough on the front nine but stumbled coming home with a bogey at 16 and double at 17 en route to a round of 74.

That score was matched by Richard Bland and Matt Wallace, who both need a win in order to make the team.

Henrik Stenson, Thomas Detry and Matthias Schwab all entered the race to make the team with solid rounds of 3-under 69 to lie just five shots off the pace, as too former BMW PGA champion Alex Noren with a round of 70.

There was no such luck for recent European Tour winners Calum Hill (78) and Rasmus Hojgaard (81).

NEXT PAGE: ANDREA PAVAN MAKES AN 11 AT WENTWORTH