Andrea Pavan had an absolute nightmare on the 4th hole at the BMW PGA Championship, shooting 6-over-par on the par-5. 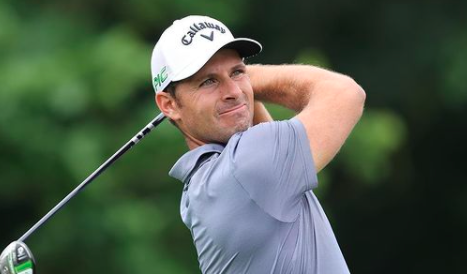 Andrea Pavan endured a torrid start to his week at the BMW PGA Championship by making an 11 at the 4th hole at Wentworth.

The Italian was already struggling before he reached the 4th hole, as he made a double-bogey on the 1st hole of the tournament, followed by another one at the 3rd hole.

Pavan reportedly hit five tee shots on the par-5 4th hole at Wentworth, meaning that he had already taken nine shots before he could reach the fairway.

The World No. 805 finished the hole in 11 shots, which moved him on to a score of 10-over-par through four holes. With his confidence clearly non-existent, he went on to make bogeys on the 6th and 7th holes as well.

Pavan is said to be going through 'driver yips' at the moment which can cause hesitation and a severe lack of trust in your long game. It would appear that this has caused the astronomical score on the 4th hole.

We hope that Pavan returns to form as soon as possible as it was only two years ago that he broke into the top 65 players in the Official World Golf Rankings.

The 32-year-old has won twice on the European Tour, most recently at the BMW International Open when he beat Englishman Matthew Fitzpatrick in a playoff.

His first victory came at the D+D Real Czech Masters in 2018, but unfortunately, it seems Pavan is some way from his best at the moment.

Kiradech Aphibarnrat and Christiaan Bezuidenhout lead the way at Wentworth after shooting a superb score of 8-under-par on Thursday.

Former Masters champion Adam Scott is one shot back on 7-under-par.