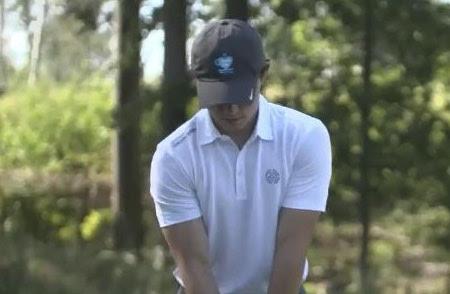 The BMW PGA Championship Pro-Am is always a fantastic and entertaining event that sees a number of famous men and women from the sports industry tee it up at Wentworth.

With the teams of four being a mix of professionals and amateur players, it always throws up some great moments and some even better scores from the distinguished guests.

One of the competitors is Tom Holland, who has appeared in a number of films such as Spiderman and Captain America: Civil War, and he is on a team with European Ryder Cup captain Padraig Harrington.

On the 9th hole at Wentworth, there is a celebrity long drive competition. With Holland having a handicap of 5.4, he very much fancied his chances of shifting one a long way down the fairway.

Hit the biggest drive on 9, drink a beer @TomHolland1996 (aka Spiderman) is having a great day!#BMWPGA | #RolexSeries pic.twitter.com/MLMkgK1zBY

The 25-year-old stepped up and hit a fantastic drive down the dry and green fairway, finally settling a massive 310 yards away, which is a particularly big hit for an amateur player.

It was great to see the reaction from Holland and his teammates and he high-fived Harrington, who is the one everyone wants to impress at the moment.

The BMW PGA Championship represents the last chance for European players to make their move in the Ryder Cup standings and impress the Irishman if they needed a captain's pick.

But away from the serious stuff, it is great to see many celebrities enjoying themselves at the Virginia Water venue, which has played host to so many big players and big moments down the years.

Figures from sport such as Shane Warne, Sir AP McCoy, Ruby Walsh, Eddie Hearn and Robbie Fowler are all taking part in the Pro-Am today.

NEXT PAGE: THE OPEN CHAMPIONSHIP SET FOR SENSATIONAL RETURN TO ROYAL PORTRUSH IN 2025