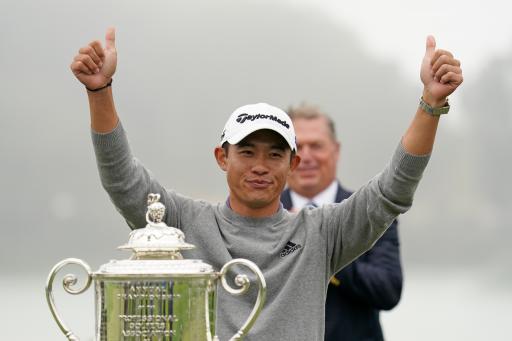 Collin Morikawa had been tipped for major success ever since bursting on the PGA Tour scene last year, only it's fair to say that few expected his rise to happen quite so quickly.

Morikawa, 23, is now a major champion following his two-stroke victory at the PGA Championship on Sunday, a win that marks his third title on the PGA Tour since turning pro in June 2019. GolfMagic takes a closer look at the rise of Morikawa's career in the video below...

KEY STATS FROM THE PGA:

- He is the third youngest winner of the PGA Championship at 23 years, 6 months and 3 days

- Morikawa has jumped to World No.5 in the OWGR ranking

- He would actually be World No.1 if his OWGR points were divided by the 28 events he has played so far versus the minimum 40 divisor that the OWGR uses

- Morikawa joins Jack Nicklaus, Tiger Woods and Rory McIlroy as the only players to win the PGA Championship at 23 years old

- With his PGA win, Morikawa now gets a lifetime exemption into the PGA Championship, as well as five-year exemption in the Masters, US Open, The Open and PGA Tour

What did you make of Morikawa's PGA Championship victory? Share your thoughts and comments on our social media channels or visit our YouTube channel.