Does Rory McIlroy NEED A BREAK from the game to rediscover his BEST GOLF?

It was yet another disappointing week for Rory McIlroy after he finished in a tie for 46th place at The Open Championship. 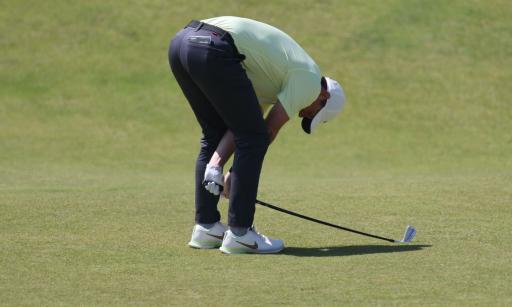 While Collin Morikawa, Jordan Spieth and Louis Oosthuizen battled it out for the Claret Jug at the weekend, Rory McIlroy was struggling to finish under par through four rounds at Royal St. George's.

The mind really does boggle as to how and why such an immensely talented and skilled player can play so inconsistently. As a fan, you feel frustrated watching the Northern Irishman play.

RELATED: JORDAN SPIETH IS NOW AHEAD OF RORY MCILROY IN THE WORLD RANKINGS FOR THE FIRST TIME IN THREE YEARS!

If we focus on major championships for now, I find it hard to recall when McIlroy actually had a big chance of winning the tournament with five or six holes remaining.

Since he won The Open Championship in 2014 at Royal Liverpool, the 32-year-old has finished within two strokes of the winner at a major tournament only once.

In his last seven major championship appearances, he has finished, on average, just over 10 shots behind the winner. On the PGA Tour, his results are fine on paper with a win and five other top-10 finishes in 17 events this season.

But his words in the media and his difficulties on the course paint a different picture. Since 2014, the year of his last major title, he has struggled to put four rounds together at most of his events.

It is hard to throw criticism at a player who has won four major championships and 19 PGA Tour titles, along with winning over $56 million in career earnings.

However, if McIlroy was to continue in this vein of form for the rest of his career without winning another major, there would definitely be a feeling of 'what could have been,' and the weeks and years will roll by very quickly.

He was born to play golf and when he is on form, there is arguably no one who can stop him and this is why four major trophies shouldn't be the ceiling for him.

In the practice rounds before The Open began, McIlroy believed that something may have clicked and his game may have been back to where he wanted it.

Fast forward to the end of the week and not only was it another poor tournament for him, but he also didn't exactly show enthusiasm for the upcoming Olympic games where he will be representing Ireland.

Maybe he does need a break, maybe he needs time for reflection as opposed to attacking the next event. At the moment, it is groundhog day for McIlroy and I just hope that this type of article doesn't need to be written about him this time next year and beyond.

NEXT PAGE: "I DIDN'T HAVE A CHANCE TO WIN. THAT'S DISAPPOINTING": BROOKS KOEPKA ON THE OPEN