"I didn't have a chance to win. That's disappointing": Brooks Koepka on The Open

Brooks Koepka fired 5-under-par in the final round of The Open Championship for another top-10 finish at a major tournament. 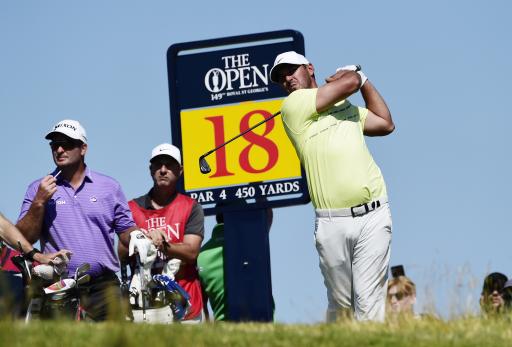 Brooks Koepka was disappointed not to be in contention at The Open Championship last weekend, despite finishing in a tie for sixth at Royal St. George's.

Koepka fired a final-round score of 5-under-par to reach 8-under-par for the tournament, which was never going to be enough to challenge the eventual winner Collin Morikawa.

The four-time major winner's worst round of the week came on Saturday when he shot 2-over-par, which was a damaging score that took him out of contention.

"Definitely a missed opportunity. I didn't play good enough Saturday. It doesn't really matter what I finished today. I didn't have a chance to win. That's disappointing," said Koepka.

"I like coming over here and playing links golf. It's always a bunch of fun, and I've always said that it's the one tournament a year where the fans actually know what a good shot is."

In his last nine appearances at major tournaments, Koepka has finished in the top 10 eight times. He is incredibly consistent on the big stage, so you can understand when he is frustrated having come close yet again at Royal St. George's.

The 31-year-old won both of his US Open titles at Erin Hills and Shinnecock Hills, which are two very tough venues, which shows how he excels at the top level.

With eight PGA Tour victories to his name, Koepka will have to wait until The Masters next April to have another crack at a major tournament.

"I like these weeks. I like when it's tough. I like when everything is on the line and I like when the most pressure is on. I enjoy that, I think it's fun," added Koepka.

"It's exciting for me. I think something just clicks, focus and understanding of where to hit golf shots. This week I mean I wouldn't call it 'I competed.' It was more of a back-door top 10 maybe, so it wasn't the best."