Tour pro Gary Boyd: "Let's use this time to work on our games"

"Yes, this is a tough time for us all, but we have got to stay positive..." 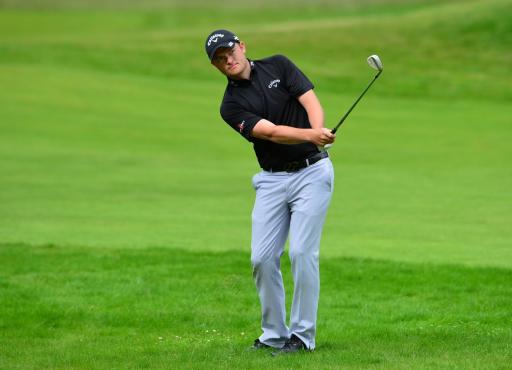 Normally this time of year the golf world starts dusting off their clubs ready for the new season with The Masters just a few weeks away, while wondering who will be donning the famous green jacket, writes Challenge Tour pro Gary Boyd.
Instead COVID 19 has caused major havoc across the world in every sport and it's causing just as many problems in golf with professional tournaments not just being postponed but whole seasons cancelled.
RELATED: NICKLAUS - "I DON'T THINK THE MASTERS WILL BE PLAYED IN 2020"
The PGA Tour has cancelled tournaments with immediate effect up until May 21 meaning three major championships will be postponed until further dates, and the European Tour have events postponed until the end of April which is almost certainly going to be extended with a talk of them potentially running tournaments every day of the week to save the season.
And then there's the Challenge Tour where I spend the majority of my season, but sadly despite holding the first three events in South Africa, the next two events have been cancelled and so we will unlikely start until the end of May at the earliest.
It's a worrying time for the lower tours at this time, especially with the PGA Europro Tour cancelling their entire season as it stands. I know a lot of players are currently wondering what to do with no potential income coming in.
We are lucky that there are still some options with Jamega Tour, Clutch Pro Tour, 2020 Tour, 1836 Tour, Eagle Tour still being available to play in the UK as it stands.
That said it is still very worrying for players with a mortgage and bills to pay.
TOUR PRO EXCLUSIVE: "NO COMPETITIVE GOLF IS ABSOLUTELY GUTTING"
I also feel for the caddies out here. It's even harder for them as they live week on week and travel with us from country to country.
Players are getting out playing between themselves keeping as positive as they can in this epidemic but it is a great time to work on our games whether that be inside or out.
Personally speaking, I have just returned to the game after being out injured for nine months so I am going to use this time to work on my game, and also plan to play several tournaments which are still available to play in on the mini tours.
RELATED: HOW TO KEEP YOUR GAME SHARP DURING SELF-ISOLATION
The golf industry has been on a major decline the last few years, so this coronavirus outbreak really is not going to help the situation.
However, golf is one of the only sports where there is no contact and you can keep "social distancing" while getting some exercise and fresh air.
Golf courses have taken great measures this week in turning cups upside down, pulling cups above the ground, leaving flags in and removing rakes to help with as little contact as possible.
There is probably no better time than now to get out on the golf course with all other sports being cancelled. Even during self-isolation, you can work on your game indoors with so many different practice drills.
Yes, this is a tough time for us all - but we have got to stay positive and we will all come out of this stronger.