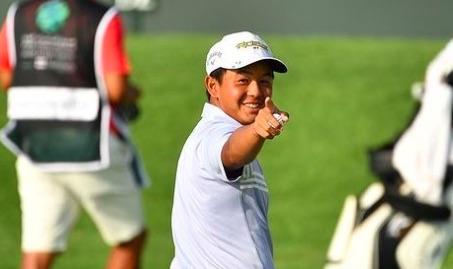 Chantananuwat, a youth golf sensation from Thailand, achieved his dream earlier than he could've imagined on the Waterside Course at Siam Country Club.

The amateur shot a superb round of 7-under-par to finish 20-under-par for the week, securing the victory two shots in front of the Korean Joohyung Kim.

Ryo Ishikawa was 15 years and eight months old when he won the Munsingwear Open KSB Cup on the Japanese Tour in 2007, but Chantananuwat turned 15 just under six weeks ago.

Related: Ted Scott reveals what he said to Scottie Scheffler after four-putt

Chinnarat Phadungsi used to hold the record as the youngest winner on the Asian Tour when he won the Double A International Open in 2005 at 17 years and five days old.

"I am very excited, but I felt a lot of pressure," he said after his record-breaking round.

"I got to be honest, I got pretty lucky, I had hit two or three terrible drives. I saw that (Kim eagled 10) and was not surprised, he pulls off that stuff all the time. It put pressure on me but I tried not to look at it too much. I definitely have a lot of people to thank."

"This has been my plan all along. I enjoy going to college and learning everything. I have talked to a lot of players, and they have all said go to college."

As he studies at Shrewsbury International School Bangkok, Chantananuwat reportedly has no plans to turn professional and he will compete in the upcoming SEA Games in Vietnam.