GolfMagic surveys more than 1,000 golfers to get their views on the Future of Golf... 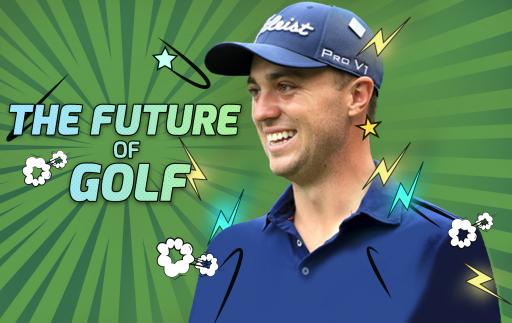 Not enough is being done to bring young people into golf, according to 900 golfers polled in a recent survey by GolfMagic.com

“This is something we’ve heard being said on courses around the UK, and globally, for a while," said GolfMagic Digital Editor Andy Roberts.

"Golfers in general are getting older and older, and eventually they’ll stop playing – and there just aren’t enough young people picking up the sport to replace them."

The survey was promoted via the GolfMagic website, social media and email channels to gather data on how golfers see the future of the sport.

Within just a few days, more than 1,000 responses had been received - featuring more than 500 golfers between 18 and 35 taking part, all regular golfers who play golf at least a few times a week, with 63% of them members of a golf club.

A total of 36% felt the biggest problem was in fact the cost of playing, followed by 14% who highlighted the lack of young people taking up golf as the biggest issue facing the game.

Our results also highlighted 10% feeling golf was simply not evolving with the times and falling behind other sports as a result, and 20% of golfers believing stuffy and unwelcoming attitudes by golf clubs and fellow golfers stopped them playing more golf – although time was seen as the most restrictive factor with almost 60% agreeing that was the biggest barrier to playing more.

As well as new blood 48% of people would like to see lower prices, and 22% want more inclusive attitudes from golf clubs, governing bodies and golfers.

The results also revealed a changing shift in the way golf media and products are consumed - 57% of golfers said they get most of their golf content from Facebook, 38% go to a golf specific website, 29% go to YouTube (where influencer/ presenters like Rick Shiels, Mark Crossfield and Peter Finch have been hugely successful), and 15% head to Instagram.

Only 22% of those surveyed still look at more traditional print publications.

The survey clearly suggests the golf lifestyle has risen in prominence with 42% of golfers saying they love golf fashion, and buy golf apparel and shoes to wear off the course as well as on it, and 53% of golfers consider themselves ‘golf travellers’ and love going on golf holidays.

Roberts said: “The key to attracting more young people to golf has to be in producing the type of content they’ll engage with, on the platforms they spend the most time, which is exactly what we’re trying to do with things like our GolfMagic Style series, partnerships with progressive brands like TaylorMade, adidas Golf and Cobra Puma, and continued investment in our growing our social channels.”

GolfMagic.com has become the number one destination for millennial golfers with a rapidly growing social media footprint of more than 160,000 followers.