Alejandro Canizares leads after day one of the Vic Open

The Spaniard holds a two-shot lead at the ISPS Handa Vic Open. 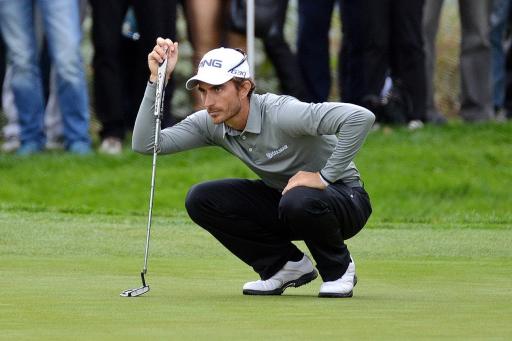 Alejandro Canizares leads by two shots after round one of the ISPA Handa Vic Open in Australia.

The Spaniard made three consecutive birdies in his final three holes to shoot a nine-under par round of 63 at 13th Beach Golf Club, where both the men's and women's events on the European Tour are being held in the same week, on the same courses, for equal prize money.

Canizares, who today played on the Creek Course, one of the two courses the players face this week, made 10 birdies with just one dropped shot as he pulled two clear of a four-man Australian chasing pack, consisting of Matthew Griffin, Justin Warren, Travis Smyth and Jake McLeod.

"It was a great round," said Canizares. "I putted really well, I hit the ball well as well, I don't think I missed many greens. It was one of those days where you saw the hole pretty big."

Warren's opening score of 65 was the lowest of the day on the Beach Course, while David Law - the defending champion - shot a four-under par score of 68 and Chinese superstar Haotong Li finds himself in T47 at three-under par.

Li came close to a hole-in-one on a par 4, but his fairway wood from the tee proved a little too hot to find the cup, as it struck the pin and rolled off the green. Watch for yourself below:

The European Tour labelled the shot as 'unlucky' on their social media, but Li may have been feeling thankful that his ball didn't roll another 20 yards through the green.