Are you allowed to write your yardages on your golf clubs?

If you have been to the driving range and recorded your stock yardages, are you allowed to write them on your clubs? 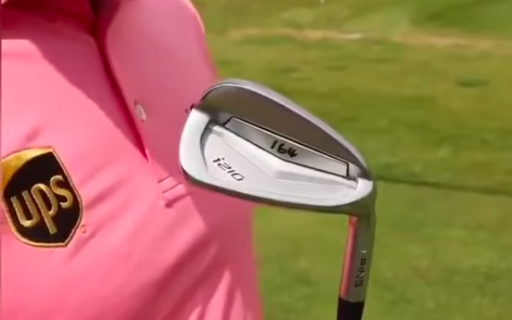 Many amateur and professional players often go to the driving range to record their stock yardages with each club, in order to prepare themselves for their next round.

They would often record them on their phones or keep them in a notebook and refer to them when they are faced with different situations on the golf course.

However, a recent video emerged on Instagram of European golf legend Lee Westwood doing this exact practice exercise on the driving range, except, he recorded his yardages in a different way.

The question is: Are you actually allowed to do this, or is it only suitable for practice purposes as Westwood is showing in the video?

The answer is most certainly yes. You are allowed to write your yardages on the back of your clubheads to help you make accurate club selections.

Just make sure that you do not write them on the clubface because this could potentially turn it into a non-conforming club, so you will want to avoid this.

RELATED: DOES THE RYDER CUP PROVE THAT GOLF HOODIES ARE HERE TO STAY?

Also, if you write them on the back of the clubheads, this means that the ink is less likely to fade and you will still be reminded of your stock yardages.

NEXT PAGE: WATCH: BRYSON DECHAMBEAU MAKES EAGLE AT THE PAR-4 1ST AFTER DRIVING THE GREEN!