The best bets for this week's flagship European Tour event at Wentworth. 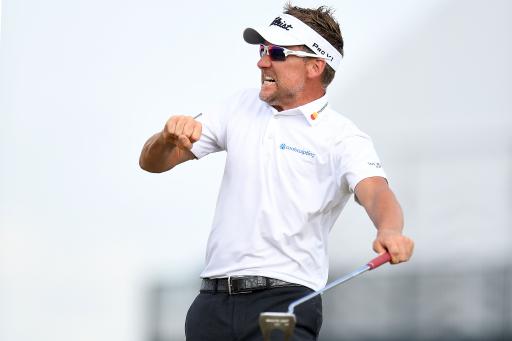 Rory McIlroy headlines the betting market at this week's BMW PGA Championship at Wentworth, but there are a number of better value options in our book than the measly 8/1 on offer for the Ulsterman.

McIlroy might be the highest-ranked player in the field at world number eight, but his missed cut in his last start at The Players Championship two weeks ago is somewhat unsettling.

Despite his victory here in 2014, McIlroy's form on Wentworth's West Course is also particularly concerning with three missed cuts in his last four starts.

Nevertheless from what we have seen so far on the range this week, the Northern Irishman does appear to be swinging beautifully and it would be no surprise to see the four-time major champion bounce back in Surrey.

Paul Casey, the world number 10, is next in the betting at 14/1 but we feel you are taking a bit of risk there given he withdrew from The Players Championship two weeks ago due to a back injury. If the Englishman is fully fit, then 14/1 could look huge come Sunday evening, but given the uncertainty of his niggle, we're prepared to look further down the board.

His compatriot Tommy Fleetwood, the 2017 Race to Dubai winner, has endured a solid but unspectacular season thus far, highligted by successfully defending his Abu Dhabi title at the start of the year. He looks a fair price at 14/1 following a tie for seventh at The Players and solid record at Wentworth, but again, we're seeking a bit more bang for your buck.

Our NAP pick of the pick is South Africa's Branden Grace, who rallied superbly in the final round of the AT&T Byron Nelson with a blistering 62 to take third place.

Grace also has form in the book at Wentworth's West Course with a tie for ninth last season and a tie for 11th in 2015.

Typically a solid driver of the ball and a laser-like iron player, Grace looks a great fit for this Surrey masterpiece re-designed by his compatriot Ernie Els, and if the putter remains as hot as it did on Sunday, then 16/1 will look massive this weekend.

Paul Dunne looks back in the form that saw him sprint away with the British Masters at Close House last year.

Dunne was without question the star man in his recent Irish team success at the GolfSixes at Centurion Club in St Albans three weeks ago, and prior to that he had four top-eight in his last five European Tour starts.

The Irishman has little Wentworth form to give us added confidence, but he did finish 30th in his sole start 12 months ago so it wasn't a completely write off.

At 33/1, Dunne looks a fantastic value pick for yet another win on English soil.

We also like the look of a resurgent Ian Poulter this week.

Poulter appeared down and out two years ago with a loss of form and confidence, on top of a niggling foot injury that put paid to his chances of making the 2016 European Ryder Cup side.

Fast forward two years and Poulter enters Wentworth with his chest puffed out again after winning on the PGA Tour at the Houston Open four starts ago, on top of a seventh and 11th in his last two PGA Tour appearances at The Heritage and The Players.

Poulter doesn't have the best form around Wentworth, and has even said in the past that it doesn't quite suit his eye, but the 12-time European Tour winner has that look in his eye at the moment, especially with Ryder Cup qualification on the horizon.

Adrian Otaegui looks a huge each-way price this week after landing his second European Tour style at the Belgian Knockout on Sunday, with a runner-up finish in his previous start the China Open.

The Spaniard may have missed the cut here last year, but his recent form looks too good to overlook heading into this week. His accurate driving and iron game should prove a perfect fit for Wentworth, and if the putter remains hot, you can expect Otaegui to be in with a shot heading into the weekend.

Who are you backing this week? Share your thoughts in the GM Forum or join us on social media.