Two of golf's biggest stars will feature in the controversial European Tour event in Saudi Arabia in February. 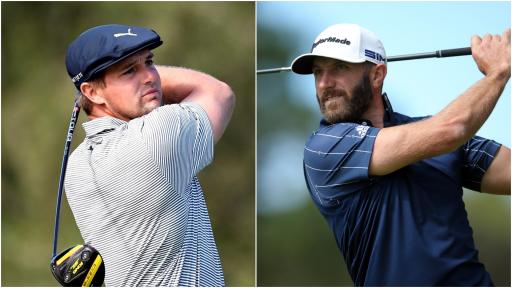 The Saudi International returns to the European Tour in February and two of the best players in the world in Dustin Johnson and Bryson DeChambeau have both confirmed they will feature in the controversial event.

Due to political disagreements, some players tend to stay away from the event at Royal Greens Golf & Country Club, but we will still see a star-studded line-up take the stage from February 4-7, as part of the European Tour's "Middle East Swing."

Last year, Graeme McDowell won the event and his first European Tour title since 2014, while Johnson - the 2019 winner - finished strongly again as runner up.

Reigning US Open champion DeChambeau will return to Saudi a much different golfer, given his transformation over the past year and the 27-year-old is looking forward to showcasing his talent.

"I have undergone a lot of changes since I last visited the Kingdom as I work to fulfil my golf potential and I think you can say the same about golf in Saudi as it continues to develop as Golf Saudi endeavour to grow the game," DeChambeau said.

"I finished a credible T6 in 2019 and I obviously hope to finish a little better this year but I am also really interested to see what has changed and how golf has grown since my last visit."

McDowell is eager to defend his title against a strong field in February, with the European Tour set to announce more big names in the coming weeks.

"From the high of winning the 2020 Saudi International in February against such an amazing field, we very quickly had to contend with all that COVID-19 has thrown at us since, so I think I was lucky to be able to hold onto that awesome winning feeling through the darker parts of lockdown," McDowell said.

"I am really looking forward to getting 2020 over and having a fresh start to 2021 and, from what I've heard about how the field is shaping up, it sounds like almost everyone has decided to make that fresh start in Saudi Arabia!"