You won't believe how much further Fred Couples hits the ball today. 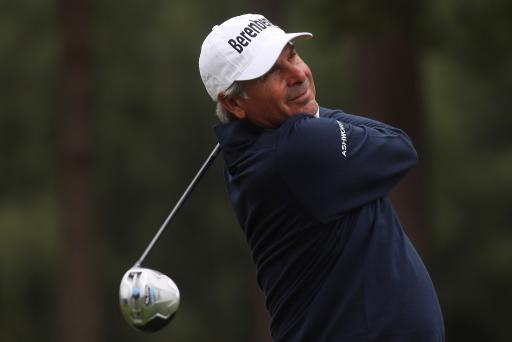 Not even aching limbs, aging bones and potbellys can prevent Champions Tour players from hitting the golf ball further today than when they were playing golf in their primes in the 1980s and 90s.

The biggest distance gain was for 1992 Masters champion Fred Couples, who averaged a measely 272.6 yards when he was 30 years old in 1989.

Couples now drives the ball 300.4 yards on average, resulting in a staggering 10.4% increase over the space of 28 years, equating to roughly a yard a year.

And to make matters more impressive, Couples isn't even using TaylorMade's latest driver technology as he currently has the SLDR driver of 2013 in the bag.

Even John Daly, the Tour's longest hitter back in the day when crushing drives on average to 288 yards, has seen his driving distance increase by 3.84% today.

Check out the other increases...

On this basis, can you imagine how far the likes of Rory McIlroy and Dustin Johnson will be hitting the ball when they're teeing up on the Champions Tour in 25 years time?

champions tour
PGA tour
driving distance
Fred Couples
Bernhard Langer
John Daly
Previous
Which premium 2018 golf driver is for you?
Next
Arsene Wenger will be p***** off when he sees this golf trick shot!