"I was the worst player in the world, but I'm back now brother." 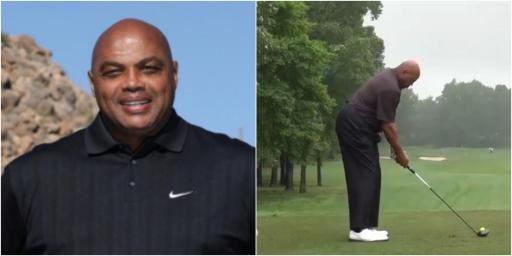 For as long as we can remember, former NBA great Charles Barkley has had one of the most interesting golf swings we've ever witnessed.

He became the butt of golf jokes as for some reason Barkley couldn't seem to make a solid pass at the ball. Too many lessons from lots of teachers meant he was the superstar who appeared to have succumbed to that old chestnut: paralysis by analysis.

Barkley, 58, has claimed he once was frequently breaking 80 then couldn't seem to beat 100 in celebrity pro-ams over the years. But he's been reconstructing his swing and working hard. Now he has a big claim to his critics: he's back to playing off 10.

That's right. The man who has been mocked relentlessly on the Internet over the last 10 years for his unique swing is reportedly back to his best. "I was the worst player in the world, but I'm back now brother," he told the Dan Patrick radio show.

So much better!@davidtomsgolf reacts to Charles Barkley's new swing. pic.twitter.com/R4EuUgqjLO

Patrick wasn't having any of it. He goaded him. That sparked a passionate response from the former NBA great, who said: "You're one of my favourite people. You're a coward on the golf course."

He added: "Dan, let me tell you something. You ain't got no chance of ever beating me again. I'll come to your house, I'll come wherever. You ain't never going to beat me at golf again. I'm saying never. Ever."

We gotta see this.

Phil Mickelson previously partnered Barkley for the third edition of The Match where they took down Stephen Curry and Peyton Manning. It's a shame we can't see Barkley put his money where his mouth is yet, as Bryson DeChambeau pegs it up against Brooks Koepka next.

He'll be in the booth though, providing commentary alongside Lefty. Expect more bold claims from the baller.

He's one of the funniest people I know, Mickelson has said of Barkley.