Popular golf impressionist Conor Moore has created a fantastic sketch including Tiger Woods which is all about big money offers from Saudi Arabia. 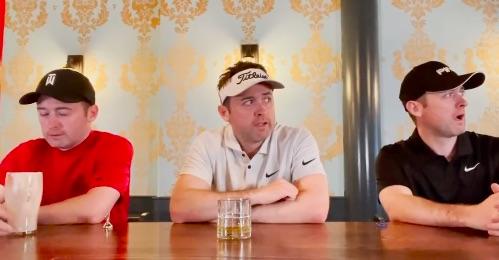 He has built a fantastic platform and the source of it has been accurate and hilarious depictions of some of golf's biggest names.

Moore is back with a brilliant video that shows Ian Poulter, Tiger Woods, Lee Westwood and Dustin Johnson discussing the various offers they have received to join the Saudi International Series.

Poulter is the first player to enter the Irish bar and he tells the barman about his alleged £30 million offer to join the Saudi-backed series initiated by Greg Norman.

Moore shows that Poulter has to weigh up the big money offer with his potential future in the Ryder Cup and the PGA Tour, concerns that have been raised in reports surrounding this story.

Poulter, Tiger and the lads get offers from the Saudi Golf League #TheConorMooreShow@WestburyNyc pic.twitter.com/wUmjtILKtK

Poulter's character in the sketch is in a quandary and he jokingly reveals that Patrick Reed has been offered $100 million not to join the Asian Tour movement.

Moore's portrayal of Woods then walks into the bar and immediately orders a pint of Guinness. Although Poulter only thought that the 15-time major champion was offered £10 million, he reveals he was offered £1 billion just to sit in the golf cart at the events.

Westwood, who recently revealed that he signed an NDA and hesitated to answers questions on the Saudi golf league, walks into the bar and tells Woods and Poulter he has been offered £85 million.

In the sketch, Poulter clearly thought he had been offered the most of all golfers to take part, but each revelation keeps backfiring.

Two-time major champion Dustin Johnson then walks in and confusingly says he was offered £200 million to participate in the Saudi golf league, but wasn't prepared to accept "a penny less than £750,000."

This provided a great end to a hilarious video that Moore has become accustomed to creating. I would strongly suggest anyone to follow him so that you don't miss out on his amazing impressions.

NEXT PAGE: TIGER WOODS WAS THE WORST PLAYER IN CERTAIN PART OF GOLF, SAYS HANK HANEY