Top golf coach Hank Haney said that Tiger Woods never missed a shot on the driving range to the point where he couldn't translate it on the golf course. 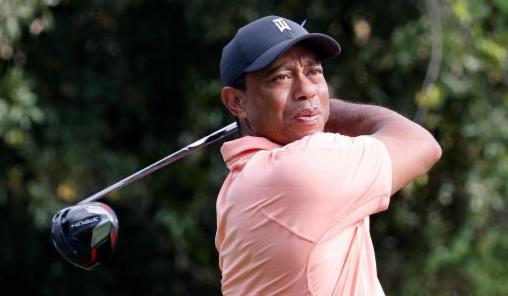 When a figure such as Hank Haney says that Tiger Woods was better on the driving range than he was on the course, you begin to realise how frighteningly good Woods was.

Speaking to GOLF's Subpar podcast with Drew Stoltz and Colt Knost, the top golf coach revealed that Woods was the worst player at translating his play on the driving range to PGA Tour events because he was so good.

Haney coached Woods from 2004 to 2010. He won six major titles in this time. After Woods withdrew from the Players Championship in 2010, he decided to part ways with his coach.

The 66-year-old reiterated that his practice sessions were a testament to how good he was and how every golfer can't completely replicate their driving range form to the golf course.

RELATED: JON RAHM STILL SUPPORTS MICKELSON BUT "DOESN'T AGREE WITH EVERYTHING" HE SAID

"People speculate all the time about him, but they are guessing, I was there, I spent 150 days a year with him for six years. He was incredible, just unbelievable," Haney said.

"I would stand on the driving range and just think, there is no way these guys could beat him. There’s just no possible way, and honestly, he wasn’t nearly as good on the course.

"Nobody is. But I told this to a few people - I’ve taught over 200 touring pros, and the worst player at taking it from the driving range to the golf course that I ever coached was Tiger Woods.

"I’m gonna tell you what. He won 45 per cent of the time he teed it up when I helped him, and on the driving range you’d think there’s no way this guy could ever lose, but you are always going to have regression.

"I’m just saying he hardly ever missed a shot. Ever. Like he would go on the golf course and miss a couple, but you don’t understand, he’d go through a warm-up and never miss a shot. Like, ever."

A lot of the time, Woods did never lose. He has 82 wins on the PGA Tour to his name and in individual seasons he showed pure dominance. In the 2000 PGA Tour season, he won nine times in 20 events.

Two years after splitting up with Woods, Haney published his book 'The Big Miss' which detailed his stint with the 15-time major champion.

If I had a penny for every time I said: "I was hitting it well on the range but I've played badly today," I'd be a rich man. But Haney's words do make you wonder how much more Tiger could've won if events were played on the driving range.