Day goes into every tournament thinking 'this could be my last'

Aussie admits he doesn't know how his back will be going forward. 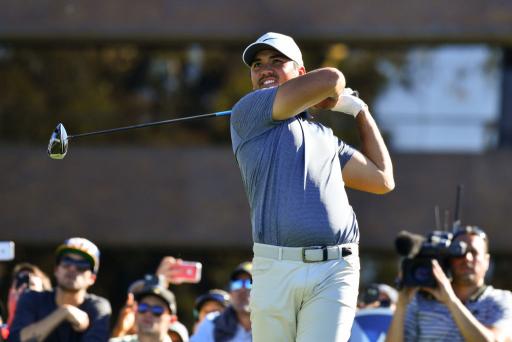 Jason Day says he goes into every event thinking it could be his last, as he doesn’t know whether his back will give out.

The Aussie golfer’s back flared up two weeks ago ahead of the Farmers Insurance Open, and he admitted he doesn’t know how it will be going forward.

“Every mindset that I take into every tournament should be like, `This could be my last tournament,’” Day said. “Because I don't know what's happening around the corner. My back could be gone, and I may not be able to pick up a golf club again.

“I need to go and try and win every single event, because who knows what's going to happen around the corner.”

He may have 11 wins and a major to his name, but the former world number one isn’t happy with his lot just yet.

“I think 11 is not enough,” he said. “I think it's very small. I'm not being disrespectful to anyone else, just, in my mind, I look at 11 and I think that's like a very small number of wins. I want to be a multiple major champion. It would be nice to get the Grand Slam, for sure. But anything above 20 is good. But you got to set yourself a high, high goal.”

“I feel like if I can stay motivated and hungry, keep my body healthy, then I've got a good shot at maybe accomplishing my goals, as long as I want it enough. If I don't want it, then it's not going to happen. So that's the biggest thing is desire for me.”