Kevin Hall lost his hearing when he was a child. Last week, he finished in a tie for fourth place at the APGA Tour Farmers Insurance Invitational. 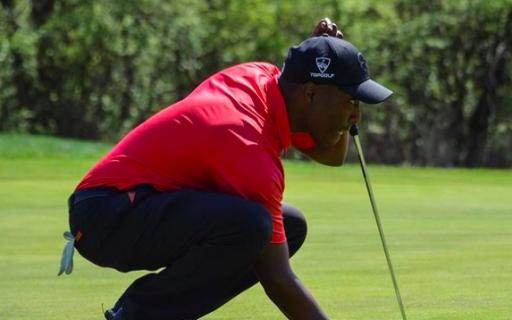 The APGA Tour broke new ground at the weekend as Golf Channel broadcasted its first-ever live event on national television.

The APGA Farmers Insurance Invitational at Torrey Pines had the honour of being the first event to be shown and it was won by Patrick Newcomb.

He won by one shot over Tim O'Neal at the same venue where Luke List won his first PGA Tour event by beating Will Zalatoris in a playoff.

The APGA Farmers Insurance Invitational had the largest ever purse in the tour's history with $30,000 of the $100,000 prize fund going to the lucky winner.

There are many incredible stories that come from the APGA Tour (Advocates Professional Golf Association), which was established in 2010 to bring greater diversity to the game of golf, but one that becomes more amazing every week is the story of Kevin Hall.

Hall suffered from meningitis when he was a child. He overcame it but he sadly lost his hearing. Nonetheless, his charismatic personality and positive attitude are always clear to see and it was again in San Diego.

The 39-year-old finished tied fourth in the historic event, falling just short of securing his fifth APGA Tour victory. He is quite an incredible golfer when you consider he has been deaf since the age of two.

"This weekend has been amazing. None of this would be possible without Farmers Insurance," said Hall.

"All the hard work the APGA has done, very special weekend. Playing the North, beautiful golf course. Then you come to the South, completely different: narrow fairways, the rough was up, the greens I think were faster. A tough test of golf."

Hall is a graduate of Ohio State University. He last won on the APGA Tour at the APGA Deere Run tournament in July 2021.

More and more superb venues such as Torrey Pines will be used on the APGA Tour as part of the PGA Tour's $100 investment over 10 years towards diversity and inclusion in golf.