Did Gary Player do a Patrick Reed at the 1974 Open? 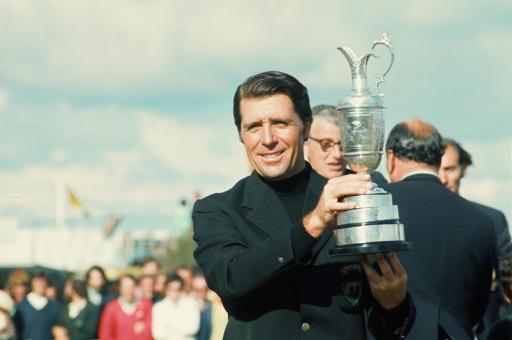 Gary Player is without a doubt one of the greatest players to ever grace the game of golf. With nine Major championship and 163 professional wins, yes that's right, 163, the South African legend altered the landscape of golf in his time, changing the 'Big Two' in Arnold Palmer and Jack Nicklaus, to the Big Three.

There's no denying that Player is one of the most influencial golfers to have lived, but he certainly raised a few eyebrows in his methods and on more than one occasion, was labelled a cheat.

As of last week, all the main golf stories surround Patrick Reed, after the camera caught him improving his lie in a sand-waste area at the Hero World Challenge.

Reed, who blamed the camera angle for making the incident look worse than it was, was docked two shots as a penalty and went on to lose the tournament by two, to Henrik Stenson.

With Reed now in Melbourne, representing Team USA in the Presidents Cup, fellow professionals believe that Reed has made an even bigger target on his back and he is destined to receive an onslaught of crowd abuse in Australia.

Recently, a video has resurfaced of Gary Player, during his 1974 win at the Open Championship at Royal Lytham. On the 18th hole, Player had a comfortable lead and his ball had gone through the green and sat close to a wall of the clubhouse, in an area that looked to be a mix of soil and sand.

Player wasn't given a free drop and was forced to play the shot left handed, so he flipped over his putter and used the back of it to chip the ball on to the green. Before playing his shot, Player can be seen brushing his club back and taking sand with it, similar to what Reed was penalised for last week.

Whether Player was doing it intentionally we have no idea, but it certainly looks like it improved his lie. Player didn't receive a penalty for his actions that day and to be honest even if he did, his lead was comfortable enough that it wouldn't have changed the outcome, but following the recent Reed incident, golf fans are now accusing Player of cheating. Watch the moment from the 1974 Open below:

In an online discussion about Reed, another golf fan posted the video of Player into the thread, causing others to get involved, some tagging Player and directly asking him if he cheated, to which he is yet to respond. Take a look at some of the comments on Twitter below.

Gary has a significant history with rules irregularities.

Just one in a few handfuls of dodgy things in GP’s history. Times were different I guess.