His company is under criminal investigation over allegations it misled officials to cut taxes for a golf course. 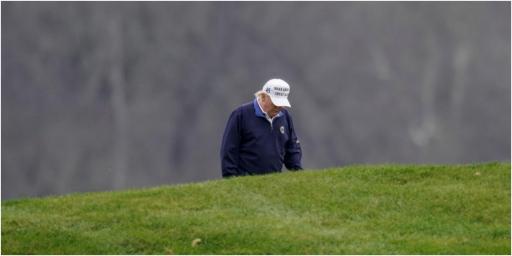 Donald Trump's company is under criminal investigation by a district attorney in New York over allegations it misled officials to cut taxes, according to reporting from The New York Times.

The office for the district attorney has reportedly subpoenaed records from both the Trump National Golf Club in Westchester and Ossining that handle the club's taxes, the paper said.

The probe is said to focus on whether the former president's company submitted misleading valuations on the golf course, it was reported.

In response, the Trump Organization suggested the probe was "politically motivated". "The suggestion that anything inappropriate is completely false and incredibly irresponsible," a spokesman was quoted as saying.

The spokesperson added that "the witch hunt continues". The district attorney's office has not accused anyone at the company of wrongdoing, the paper added.

And it was not immediately clear if the probe will lead to any charges. News agency The Associated Press is said to have contacted the district attorney's office but they had no comment to make.

Former US President Trump and his company are facing several legal challenges. In July, the Manhattan district attorney indicted the company and longtime finance chief Allen Weisselberg. They deny wrongdoing.

Trump most recently announced he is to launch a new social media platform called TRUTH Social.

He claims the platform will standup to to the "tyranny of big tech".

The 75-year-old was banned from Twitter and Facebook after his supporters stormed the US Capitol building after the presidential election.