Fowler doesn't have a name for his baby girl yet...but this is what will happen. 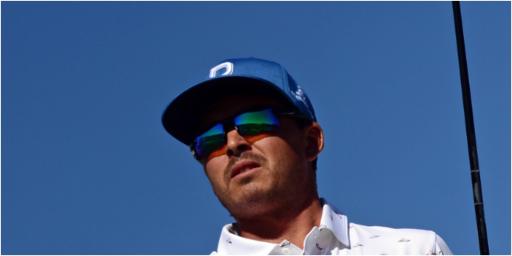 Rickie Fowler has revealed the approach he and his wife Allison Stokke will take when it comes to naming their baby girl.

It's been a bit of a tough time for Fowler, 32, on the PGA Tour for the last 18 months and he has plummeted down the official rankings.

His last win came in 2019 in Phoenix but there is good news in the fact he and his wife are expecting a baby girl in November.

But a decision has yet to be made about the name for their daughter, but he told the PGA Tour official website how they will go about things.

Game-time decision for the Fowlers. pic.twitter.com/8JPtfiAxW4

Fowler married Allison Stokke, 32, in 2019 after they met two years prior and announced via Instagram they were expecting a child.

They captioned the image: "Reservation for November...Fowler party of 3."

The couple have mostly been quiet about their pregnancy but Fowler opened up recently about how the news had made him feel.

RELATED: ANDREW "JOHNSTON OFF TO HOT START ON EUROPEAN TOUR

"I was kind of waiting to be able to share with people, and then that’s kind of when it starts to become real.

"So we’ve been able to share it with friends and family a little earlier and then started to share with more people and now everyone knows."

He added: "It’s at that point where it’s pretty cool and pretty special.

We’re all good in that department."

Fowler is currently playing at the ZOZO Championship in Japan on the PGA Tour and is 1-over after playing two rounds.

He returned to some form last week at the CJ Cup at Summit and was in the mix as Rory McIlroy and Collin Morikawa fought it out in the desert.

RELATED: IS THIS THE BEST TIGER WOODS AD EVER?