Tony Finau went to watch Utah Jazz in the NBA on Wednesday night and he found himself giving out tips to a superstar guest. 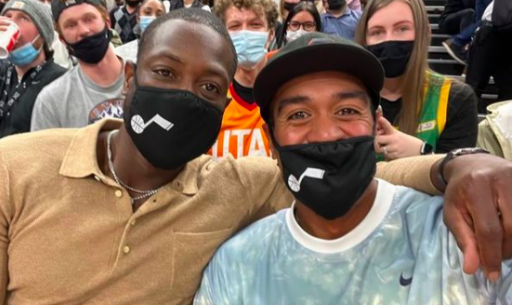 Tony Finau probably thought he was in for a night off from the stresses and complexities of his golf career when he went to watch Utah Jazz play Oklahoma City Thunder on Wednesday night.

However, he was sat next to fellow golf fanatic and former NBA star Dwyane Wade, who was keen to receive some tips from the two-time PGA Tour winner.

Wade, who has played for Miami Heat, the Cleveland Cavaliers and the Chicago Bulls, is a keen golfer himself and participated in a celebrity golf series with Tiger Woods earlier this year.

He has been fortunate enough to converse with some big names from our sport and he did not waste the opportunity to pick Finau's brains on his own game.

If I’m sitting by greatness..I’m definitely asking for advice! Don’t be too cool kids https://t.co/zfr8sFD3tD

It appeared that Finau was giving the 39-year-old some tips on his grip by the way he was motioning his hands. We would all have loved to be a fly on the wall during this conversation.

"If I’m sitting by greatness... I’m definitely asking for advice!" Wade tweeted after the great footage was posted on social media.

Finau also expressed his gratitude at being sat next to a future NBA Hall-of-Famer. The 32-year-old is taking a week off from the PGA Tour this week while the ZOZO Championship is on.

Finau had a significant breakthrough moment last season when he won the Northern Trust during the FedEx Cup Playoffs. This was his first win in five years.

He proved that he could win under pressure at big tournaments and he will be hoping to add to his PGA Tour tally in the 2022 season.

NEXT PAGE: RICKIE FOWLER REVEALS HOW HE AND ALLISON STOKKE WILL APPROACH NAMING BABY GIRL