Harry Kane and co. to tee it up on three-hole golf course during World Cup in Russia. 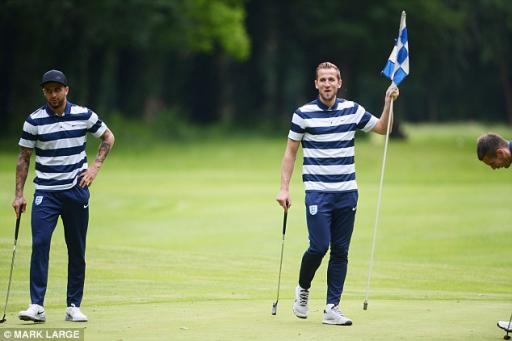 Gareth Southgate's England side might want to be practising their penalties when they're not in action at the World Cup in Russia this month, but there will be also be ample opportunity for the squad to enjoy a spot of golf.

The news will likely appeal to golfing fanatic and England's main hope for goals this summer, Harry Kane, who was recently ridiculed on social media when posting a video of his golf swing.

England are basing themselves near St Petersburg during the World Cup, which starts later this week, and the golfers among Southgate's squad will get the chance to play The Golf Club Dunes, which charges £33 for 18 holes.

The golf course is located 10 minutes away from England's secluded hotel in the town of Repino.

The course is actually only a three-hole course, so the mathematicians among the England squad will realise they'll need to play the loop six times. The venue also features an 18-hole mini golf course.

“The club is located 38 kilometres from the very centre of the city, on the picturesque coast of the Gulf of Finland. The unique microclimate of the resort area combined with the landscape of the Karelian Isthmus will not leave our guests indifferent.”