In the latest episode of the GolfMagic chat show, we discuss Jon Rahm's epic BMW Championship victory and his upcoming showdown against Dustin Johnson at the Tour Championship. 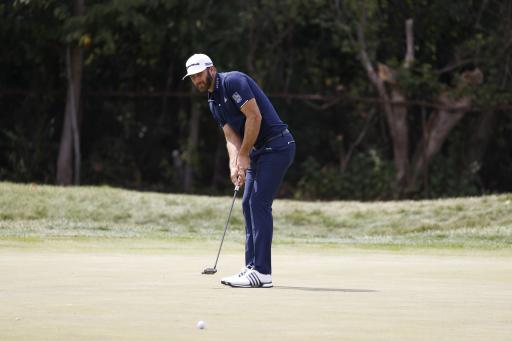 After Dustin Johnson's demolishing of TPC Boston was followed by a struggle for players to break par at Olympia Fields, we posed the question asking our viewers what they find more entertaining to watch and the result was pretty unanimous. Johnson may have looked as impressive as ever shooting 30-under par to win the Northern Trust, but golf fans much prefered seeing only five players shoot under par at the BMW Championship.

In the latest episode of the GolfMagic chat show, we discuss the epic finish to the BMW Championship and who we think will lift the FedExCup at this week's Tour Championship at East Lake.

It looked as though DJ was on his way to winning back-to-back events until Rahm shot a 6-under par final round to take the lead at Olympia Fields.

Johnson then rolled in an incredible birdie putt at the final hole to force a play-off, before Rahm did the unthinkable and sunk a 100ft putt for birdie at the first extra hole to lift the trophy.

The victory for Rahm moved him to second in the FedExCup standings, meaning he will tee off at East Lake at 8-under par, two strokes behind Johnson who starts at 10-under.

When Johnson won his 22nd PGA Tour title at the Northern Trust, he was in the form of his life but shooting 30-under par certainly raises questions about the difficulty of the course.

Not to take anything away from Johnson, but the continuous low scores on the PGA Tour have always been a topic of discussion, so when only five players shot under par at the BMW Championship, we asked golf fans what they prefer to see, a birdie fest or par struggle.

The result was clearly in favour of par struggles, with fans saying how seeing the best players in the world grind to make pars is far more entertaining and shows off their ability to scramble at some of the toughest courses in the world.