John Terry has recently joined Twitter so we can expect to see plenty of golf content on his social media posts in the near future. 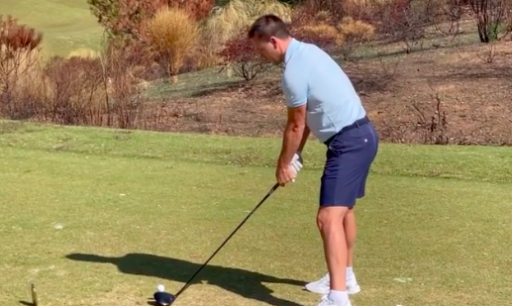 There are many professional sportsmen who have become fantastic golfers since retiring from their illustrious careers.

Another top sportsman who excels on the golf course is former Chelsea and England captain John Terry, who has recently joined Twitter.

Terry joining the popular social media platform has caused a lot of excitement and we can definitely expect to see a lot of footage of the Premier League legend playing golf.

Four weeks ago, the 40-year-old posted a video on his Instagram page of himself hitting a tee shot on the first hole at Monte Rei Golf & Country Club in Portugal.

Notice that Terry is a left-handed golfer despite being a very talented right-footed footballer. In his round at one of Portugal's best golf courses, he impressively made five birdies from the back tees.

The former assistant manager at Aston Villa currently has a handicap of four which makes him eligible to become a PGA professional golfer.

Back in June, Terry was spotted playing at the immaculate Loch Lomond Golf Club in Scotland. The former defender certainly enjoys playing some of Europe's best golf courses.

The five-time Premier League winner reportedly paid for a private jet to take a group of his friends to Loch Lomond for a 36-hole golf experience.

After he retired from playing, Terry became the assistant manager at Aston Villa between 2018 and 2021, however, he currently does not hold a coaching role and there is often speculation as to whether he could get back into management.

His old teammate and Chelsea superstar Frank Lampard managed Chelsea for two years and Derby County for one year. There may come a day when we see Terry in the dugout at Stamford Bridge.

NEXT PAGE: HOW PATRICK CANTLAY INSPIRED JUSTIN THOMAS AFTER A ROUGH START IN MAYAKOBA