Tiger Woods was always destined for greatness as soon as he picked up a golf club, but even he predicted that he would grow into a legend. 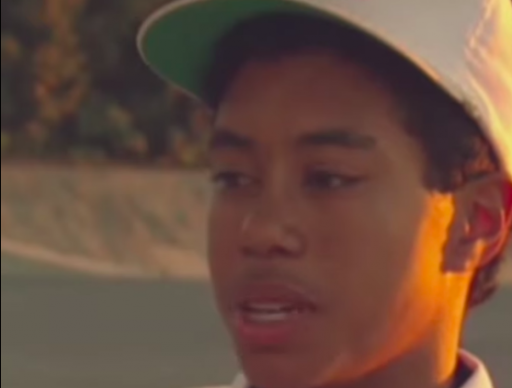 Tiger Woods predicted that he would be as good as Jack Nicklaus when he was 14 years old and as famous as Michael Jordan in the world of sport.

Woods was introduced to golf by his father Earl before the age of two. His father was a good amateur golfer and as Tiger climbed through the ranks, it was clear he was bound for greatness.

In this famous early footage of Woods' career, the 14-year-old says he could be bigger than Nicklaus and as iconic as Jordan potentially because of the colour of his skin.

"Since I'm black, I might be even bigger than Jack Nicklaus. I might be sort of like a Michael Jordan in basketball," a spritely Tiger said.

The 15-time major champion is known for his steely-eyed focus and it is one of many traits that has led to him earning 82 wins on the PGA Tour and $120,851,706 in the process.

The late-great Arnold Palmer was ranked third with inflation-adjusted earnings of $1.5 billion, while Nicklaus sits at fourth in the earnings table, one place ahead of Manchester United player Cristiano Ronaldo on $1.38 billion.

RELATED: HOW MUCH DID EACH PLAYER WIN AT THE WORLD WIDE TECHNOLOGY CHAMPIONSHIP?

You could argue that as a figure in world sport and the interest and revenue that he has generated and continues to generate, Woods' prediction came true.

However, it is highly likely that Nicklaus' record of 18 major titles will remain intact for many years to come due to Tiger's inactivity.

It is the age-old debate of who is the better golfer between the legendary pair. There is little to split them and we should be grateful that many of us have seen them both play in our lifetimes.