Casey Martin has reportedly told his friends and family he is happy as he is "just lucky to be alive". 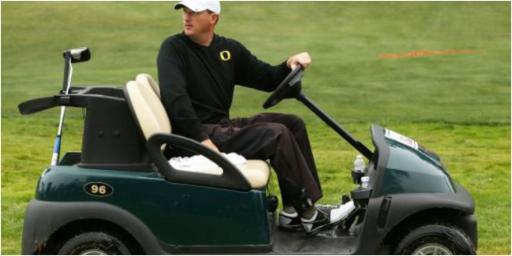 A former PGA Tour pro who once sued the governing body over his right to use a golf cart in competition has had his leg amputated.

Casey Martin, 49, once took the PGA Tour to court in 2001 over his right not to be discriminated against because of his disability.

The case was taken all the way to the supreme court where Martin was ruled in favour of by 7-2.

Jack Nicklaus and Arnold Palmer famously argued in favour of the PGA Tour.

GolfDigest have reported that Martin had his right leg amputated on 15 October in an operation that lasted nearly four hours.

Martin had a circulatory disorder since he was born but that didn't stop him winning golf tournaments.

In 1994 he won the national championship when he was at Stanford and then went on to qualify for two U.S Opens.

His family were quoted by the publication as fearing for the worst case scenario as complications from amputation surgeries can be fatal.

Martin was reported as also breaking his leg two years ago and the tibia bone in his leg failed to heal properly.

He told GolfDigest: "I always felt this would be my destiny. So while it’s weird to be here now, about to become seriously disfigured, it’s not unexpected."

Most recently Martin was working as a golf coach at the University of Oregon, helping out the Ducks men's team.

Martin told the publication his recovery process will be long and grueling.

He feels optimistic about playing golf again with a prosthetic.

NEXT PAGE: PHYSIOTHERAPIST GIVES HIS OPINION ON TIGER COMEBACK