Francesco Molinari admits his game is a long way off where it needs to be as he looks to find some form during his defence of the Arnold Palmer Invitational. 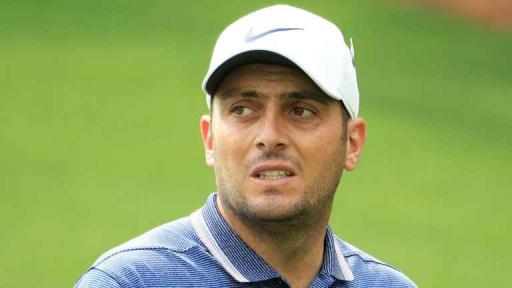 Francesco Molinari returns to Bay Hill this week to defend the Arnold Palmer Invitational, but the Ryder Cup star has struggled in form since his last win and he has admitted his game isn't close to where it needs to be.

When Molinari won this event last year, he was one of the most in-form players on Tour. Weeks later, Molinari looked like he was closing in on major victory no.2 at the Masters, but the Italian found the water twice in his last seven holes and slipped down to T5.

Could this shot cost Molinari the Masters?

His tee shot at the 12th bounces on the bank quickly rolls back into the water.

Follow live coverage from the final round of #TheMasters at Augusta National and watch live on Sky Sports Golf: https://t.co/2G8RWl8Oqf pic.twitter.com/Ub6RicHbY7

The collapse at the Masters seemed to impact Molinari's game pretty heavily, as he hasn't finished inside the top-10 of a tournament since playing at Augusta last April, dropping him to 26th in the world rankings.

"I'm a little bit behind where I was planning to be at this time," Molinari told the media. "The start of the season has not been as good as I hoped for, but it's only the start.

"There's been a few physical things and technical things, but I'm working through it. I think I've got some good planning for the next few weeks building up to Augusta and some good direction to work towards.

"In golf it's never too easy because there's a part of you that always makes you think you're close even when you're not. I wouldn't say I'm particularly close right now.

"My expectations going into the next few weeks are really to build up some momentum and get better day by day and not really thinking too far ahead of myself. There's work that I need to do to be physically better and fitter than I am right now and technically to be sharper."

This season, Molinari has missed three consecutive cuts on the PGA Tour and finished T53 at the WGC-Mexico Championship. Whilst his golf might not be where he wants it to be, Molinari insists that mentally he is improving.

"I have a different maybe point of view from many people, but I think that the mental side has been one of the strongest points in the last few months," Molinari added.

"It's just more being more down to the fact that I haven't hit the ball as well and like I said, especially these first few weeks this year. I let a few niggles here and there and not been able to train and to get fitter and stronger.

"I think mentally I'm ready to go. I'm in a good place and ready to compete, but obviously I think that's kind of the last stage. You need to have your best game and to be physically a hundred percent to be able to compete."