On Tuesday, Medinah Country Club announced that OCM will begin a full-scale renovation of the No.3 course at the end of 2022. 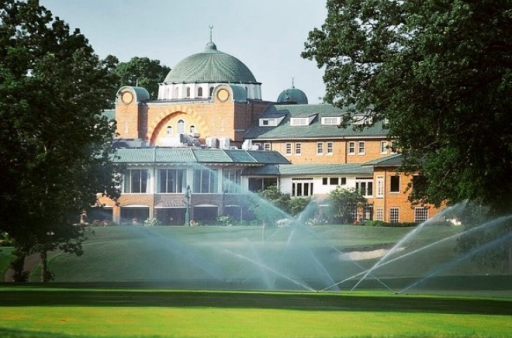 Geoff Ogilvy and his course design firm are set to begin a major renovation of the No.3 course at the famous Medinah Country Club at the end of next year.

On Tuesday, the Chicago golf club's members approved the plans which include the creation of three new holes and work on the entire routing of the course.

Ogilvy, who overcame Phil Mickelson and Colin Montgomerie to win the US Open in 2006, first began his career in course design in 2010 and the majority of his projects have been in Australia and New Zealand.

The 44-year-old began with partner and fellow Aussie Michael Clayton, but he now works with Michael Cocking and Ashley Mead which is where OCM comes from.

Medinah wants to maintain its status as one of the top courses and best major championship venues in the country. This is one of OCM's first ventures into course design in America.

It has previously hosted three US Opens and two USPGA's and of course, it was host to the famous Ryder Cup in 2012 when Europe snatched victory from the jaws of defeat.

"We feel incredibly humbled and honoured that the Medinah Country Club membership voted in favour of our plan," said Ogilvy.

"It’s a huge sign of confidence that the members are as excited with our concept as we are, and we can’t wait to get the planning started in 2022."

The original agreement for OCM to work with Medinah was cemented in December 2020. The construction plan aims to reimagine Medinah's closing stretch. They would also like to reroute the final six holes as well as integrate a putting course.