The Masters have been sending out their official invitations for the 2022 tournament and the latest recipient is Bryson DeChambeau. 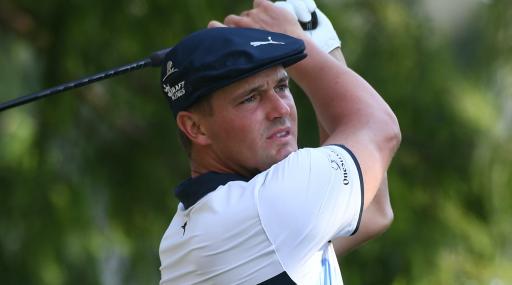 Bryson DeChambeau has become the latest recipient of an official invitation from The Masters for 2022.

Many players on the PGA Tour have been posting their invitations which they have received in the post such as Kevin Na, Lee Westwood and Hideki Matsuyama.

The Masters' Twitter page posted an image of their invitation which they sent to the reigning champion. Matsuyama won his first major at Augusta National in April, becoming the first Japanese winner of a men's major championship too.

DeChambeau, who is yet to stamp his mark on the prestigious tournament, revealed that he has now received his invitation for the first major of the year.

"Besides seeing and being with family, this is one of my favourite gifts of the year!" DeChambeau wrote as he posted a picture of the invitation on his Instagram story.

Even for a former US Open champion and an eight-time PGA Tour winner, the letter in the post still sent tingles down his spine.

The 28-year-old disappointingly finished in a tie for 46th at The Masters in April after many people thought his powerful style would make him one of the favourites for the tournament.

His best finish at Augusta came in 2016 when he placed in tied 21st. DeChambeau remains on the hunt for his second major championship.

RELATED: MEET JIM KAAT: THE MAN WHO SHOT HIS AGE LEFT-HANDED AND RIGHT-HANDED

Since USA's humbling of Europe at the Ryder Cup in September, DeChambeau has only made fleeting appearances at various events.

He was convincingly beaten in The Match against Brooks Koepka in Las Vegas and he came tied 14th at the Hero World Challenge earlier this month.

NEXT PAGE: THE MASTERS: REIGNING CHAMPION HIDEKI MATSUYAMA TO RECEIVE HIS OFFICIAL INVITE