This INCREDIBLE Tiger Woods statistic shows his domination of golf... 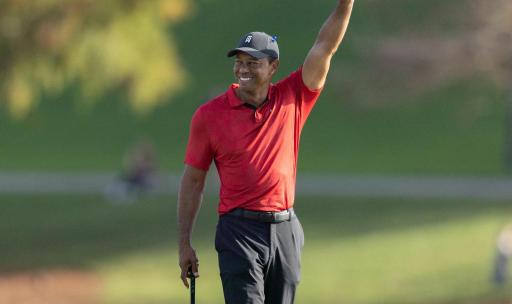 On the PGA Tour in 2021, we have seen some fantastic winners and some incredible performances. We can't wait to be treated to even more in 2022.

From Phil Mickelson's history-making win at the PGA Championship to Collin Morikawa's nerveless display at The Open Championship, there have been some great memories created.

Unsurprisingly, Bryson DeChambeau led the way in the driving discipline as he gained 1.162 strokes off the tee per round. In terms of from the fairway, Morikawa gained 1.170 strokes per round.

Strokes gained per round leaders from 2021:

As Lou Stagner of Arccos Golf points out on Twitter, this is 3.80 strokes gained in total once added together. This is where Tiger Woods comes in.

In 2000, Woods gained 3.83 strokes per round which shows how completely dominant he was over the world of golf. It shows that he mastered every part of his game and the field was always playing catch up.

During the 2000 PGA Tour season, the 45-year-old won nine times and came second four times in the space of 20 tournaments. In the modern game, these statistics are truly unprecedented.

He won the Bay Hill Invitational, the Memorial Tournament, the US Open, The Open Championship and the PGA Championship. It is no shock that it was this season where Stagner picked upon this incredible strokes-gained statistic.

That amazing season is just one reason of many as to why we want Woods back on the PGA Tour. He has confirmed he is not capable of a full schedule, but fleeting performances such as the PNC Championship will get golf fans sufficiently excited.

NEXT PAGE: THE BEST GOLF BAGS FOR YOU FROM AMERICAN GOLF THIS CHRISTMAS!