Rock Cressman who owns Nailcote Hall is furious with the UK government and said he is willing to do jail time over a business rates issue. 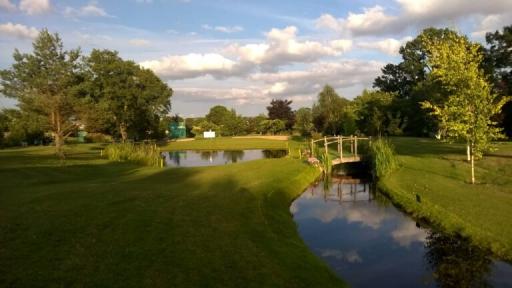 The owner of a golf club in Coventry is furious with the UK government and said he is willing to go to prison in a battle about business rates.

Rock Cressman, owner of Nailcote Hall, a country house hotel that also boasts a spa and golf course, is making a stand against the government, who he blames for a mountain of debt that is not being helped by the governement's coronavirus support.

Nailcote Hall was rescued from administration by Mr Cressman around 30 years ago and is now a successful business making yearly profit, but it has of course been hit seriously hard by the global pandemic.

The hotel can reopen next month, but it will be a phased process that won't see Nailcote Hall running properly until June 21 and Mr Cresswell has a mountain of bills that need to be paid, including VAT and National Insurance backdated bills to HMRC and also business rates, which is what the owner is so angry about.

Mr Cresswell accepts the HMRC backdated bill, but has said he is willing to do jail time over the business rates, unless the government "make it fair".

“It is a difficult time for everyone in hospitality – we have really been hammered to hell," said Mr Cresswell.

“My business is £750,000 more in debt now than a year ago. The government has supported my staff but not my business. By not operating I am losing £1,250 every day and we have several weeks until we fully reopen. It is only in July when we can hopefully start trading properly.”

Mr Cresswell believes the government has made a complete mess over business rates, with Amazon paying four times less as a percentage than what he is being asked to pay.

“I am pretty angry,” he added.

“Rishi Sunak has promised opportunity and hope for everyone but I don’t really think that has been honoured, or what Boris Johnson said that viable businesses would be supported.

“We are being asked to provide a third of our normal business rates but that is still 1.2% of turnover. Amazon pay 0.37% in business rates.

“This out-of-date property-based system is completely not fit for purpose. It is not the bricks and mortar which enables companies to pay bills but the business they do. A third of a bill of something as big as that is still a lot of money.

“Until they change the system the chancellor should really have eliminated business rates this year and get a sensible system in place. What I’m saying is make it fair or I am not going to pay you.

“Sending a businessman who is almost 70 years, who has paid £20m over the last 30 years to the Treasury to prison? I think I would actually have a lot of support.”