Golfer hits air shot after his ball FALLS from the tee, but what's the ruling?

The latest post on the popular Golf Rules Instagram page caused quite a stir between golf fans. 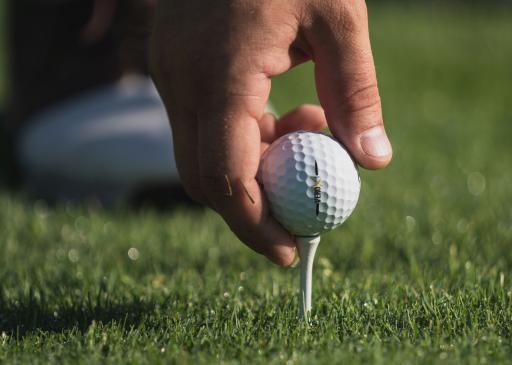 There are a lot of rules involved in the game of golf. Some of them are of course completely necessary, while others tend to cause debate as to whether they should still exist or not.

One of those rules had golf fans talking on the popular Golf Rules Questions Instagram page, which posts videos of unique scenarios and explains the ruling that applies to each one.

In the latest post, a video showed a golfer about to rip a shot with his driver, when his ball falls from the tee right before he would have made contact, causing him to completely miss it.

"Does this count as a stroke?" posed the question on the rules page, which has amassed over 82,000 followers.

"Yes, the player has made a stroke. Definition 'stroke'," revealed the answer.

It does seem a little unfair that this counts as a stroke in the rules of the game, as the video clearly shows the ball falls from the tee without the golfer's doing.

That being said - and as mentioned multiple times in the comments - the tee does seem to be placed at a slight angle, which is clearly why the ball has fallen in the first place.

But should rules like this be changed? Should players be punished for rare incidents such as this? Some golf fans in the comments section believe so.

"Golf needs to implement common sense rules. Imagine if that happens on the 18th tee box at Augusta with a one shot lead," said one golf fan.

"Come on, thats not a stroke," said another.

"Another reason people will hate golf," read another comment.

NEXT PAGE: Rory McIlroy now the betting FAVOURITE for the PGA Championship