It's been confirmed that golf courses will reopen on March 29 and golfers have had their say on social media. 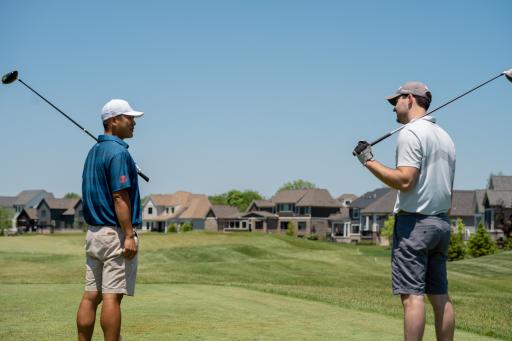 Golfers have had their say on social media after UK Prime Minister Boris Johnson announced a four-step roadmap out of lockdown that will see golf courses reopened on March 29.

Part of the first step as of March 29 will see larger groups able to meet outside, up to a maximum of six people or two households.

TIGER CRASH: WOODS WAS "AGITATED AND IMPATIENT" AND "TOOK OFF FAST" FROM HIS HOTEL MOMENTS BEFORE CRASH

Golf courses will reopen, as will other outdoor sports facilities such as tennis courts and basketball court, while organised adults and children's sport, including grassroots football, will also restart.

England Golf released a statement saying they were "extremely disappointed" with the news that golf courses would have to wait until the end of March to reopen, given the amount of scientific evidence proving that gofl courses were a safe environment, with a minimal chance of spreading the virus.

"England Golf is extremely disappointed that the scientific evidence presented to government detailing how the sport can be played in a Covid-secure manner has not resulted in a return to play date earlier than 29 March," read a statement by England Golf.

"We will now examine the details of the government’s roadmap before making further comment and working with our community of clubs, counties and golfers to prepare for the game’s safe return."

This view has been shared by thousands of golfers, who although are pleased to hear that golf will finally be returning, have been left frustrated that they are forced to wait another month, given that as of March 8, two people are allowed to sit outside together.

"From 8th March, 2 people from different households can meet outside for a picnic or a coffee. So why is golf not opening until 29th March? Why not 2-balls from 8th March?" said one golf fan in response to a GolfMagic tweet about golf's return.

Check out some more of the reaction from Twitter below.

I cannot believe @GOVUK won’t allow golf courses to re open sooner than 29th March when you can sit next to someone on a park bench from the 8th. Golf gives zero to no contact with anyone throughout. Golf could be a huge release for so many people mentally as well physically! pic.twitter.com/ujkOsevXMo

No sense in this at all. I can meet a friend for a walk, sit down and a bloody picnic but not with my golf clubs until the 29th March?!

Like why the bloody hell keep golf courses, tennis closed open them up now both outdoors football in the park. His words it does not transmit as much outside. And for me hairdressers. U can go to a supermarket full of people but not a hairdresser where it's more secure. Stupid

A tiny example of the Government’s lunacy is the continued closure of golf courses. You drive to a golf course. You play on your own or with one socially distanced person. You get back in your car. Where’s the risk? Get the courses open! #BorisBalls